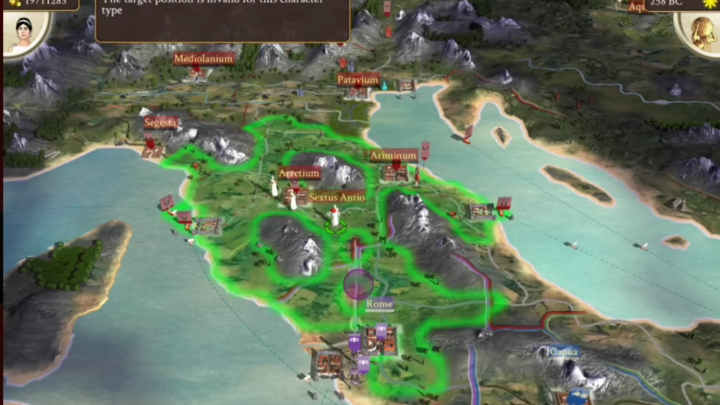 I know I’m going to make a lot of Age of Empires fans mad here, but Rome: Total War is objectively the best PC strategy game of all time. The groundbreaking mixed-campaign mode, where you switch between running an empire and commanding an army in battle, makes for a dangerously engrossing game.

The distraction factor just got ramped up another notch, because Rome has made it to tablets. An iPad port has officially been unveiled, so for $10, you can now take the game everywhere with you. RIP productivity.

The game is a pretty decent port of the PC version. The interface has been reworked a little bit to make it more touch-friendly, which is especially welcome in the battle mode, where quick interaction is the difference between victory, and being slaughtered by a bunch of spiky chariots. The graphics have also been changed a little, and textures are promised to work well on the bigger Retina displays of the full-sized iPad and iPad Pro. (I tried it on an iPad Mini, where everything is just a little bit cramped.)

The menus and some of the controls in the campaign view are still clearly designed for a keyboard and mouse, but if you’re an experienced Rome player, it shouldn’t be a problem.

As well as being a steal of an iPad game, it’s also interesting to see Rome make it to tablets. I remember when it was a reasonably cutting-edge game that taxed most mid-range laptops, and sometimes ran my poor old Dell into the ground. Now, it seems like even a two-year-old iPad can handle it with ease. Progress marches on, just like my legionaries.