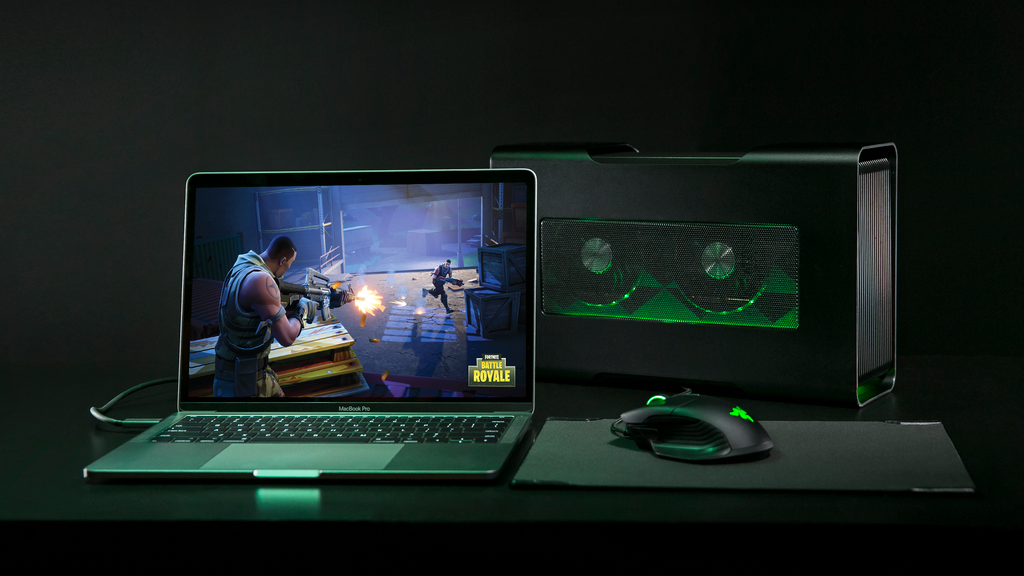 The biggest failing of the 13-inch MacBook Pro isn’t the price tag or the strange touch bar or those fistfuls of dongles; it’s that Apple’s flagship laptop for people to do work doesn’t have discrete graphics. Sure, the integrated graphics is all well and good, but the sad truth is that there’s a long list of professional software that’s just painful to use without a discrete graphics card, something that you have to upgrade to the (even more expensive!) 15-inch MacBook Pro to get.

The obvious solution is to use an external graphics card, which is now feasible thanks to software changes in recent versions of macOS, and the magic of the Thunderbolt 3 connectors that are fast and flexible enough to allow for external graphics. Razer’s Core (and the newly updated Core V2) are some of the most popular enclosures around, but they don’t come cheap: the Core V2 is $499, and you still have to supply your own graphics card, which can be hundreds of dollars more. Luckily, there is now a cheaper way.

The Razer Core X is exactly the same concept as the Core V2 — a big box into which you can stuff your graphics card — but with a few key differences. Mostly, it’s $299 rather than $499, which makes it a much more palatable option as an accessory. There’s also a slightly more powerful 650W power supply and space for a bigger graphics card. Best of all, the Core X can supply 100W of power over the USB-C cable to a connected laptop, meaning one cable charges your laptop and connects you to the external graphics. The Core V2 supplied power as well, but that maxed out at 65W, below the 80-85W that some laptops require.

That said, you do lose something, specifically the USB-A and Ethernet ports that the Core V2 had. Losing the ports also means Razer can lose another Thunderbolt 3 connector, which contributes to the cost savings in a big way. But it’s a shame, because it means the bigger and more powerful Core model can’t be a complete desktop docking solution. Money aside, you have to choose between the extra space for your GPU and additional power, or having those extra accessory ports.

The Razer Core X is available for $299 starting today in North America and most of Europe, with more countries to come.