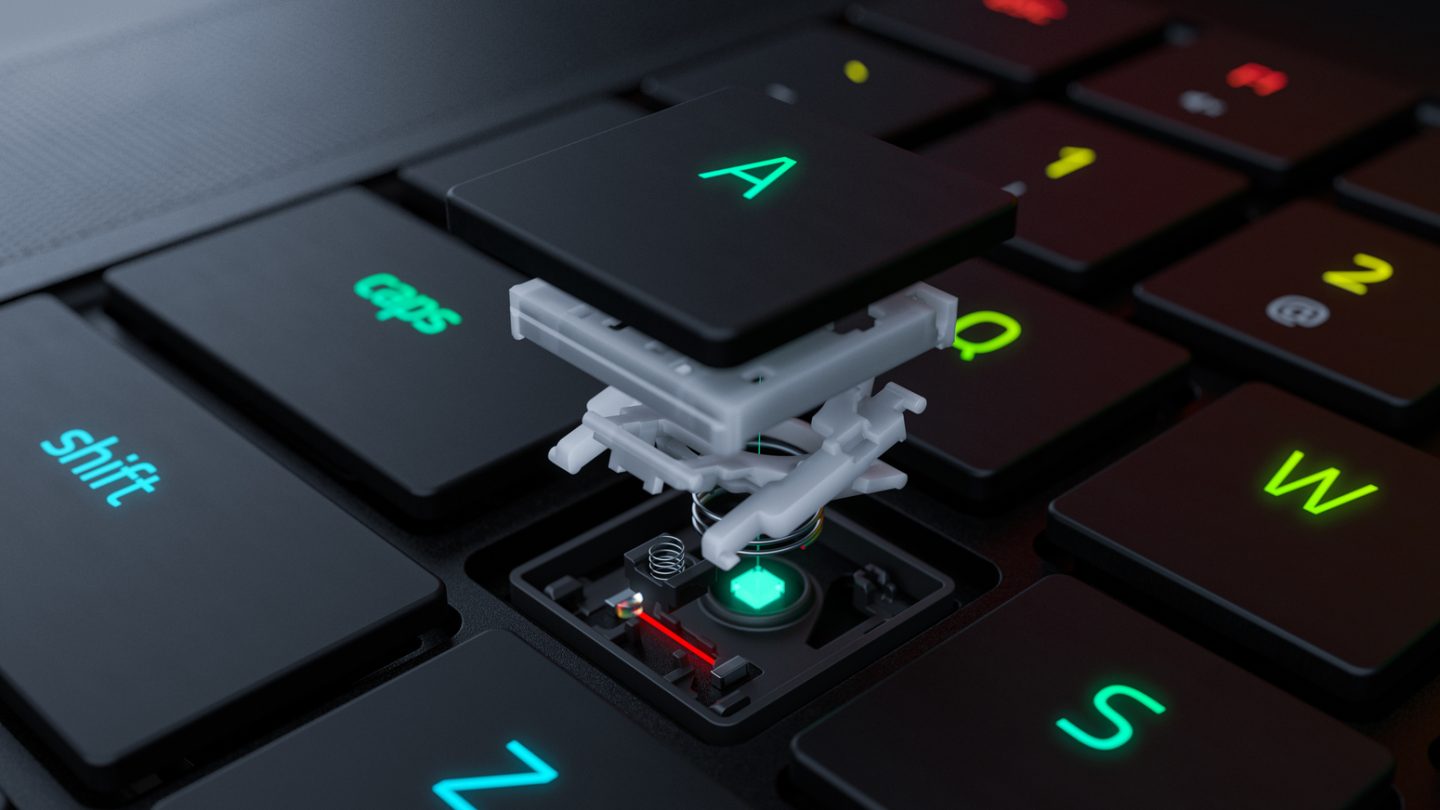 If you’ve got a little more than $2,600 to spend, the world’s first optical keyboard for a gaming laptop can be yours.

Razer announced the new hardware today which works, for now, only with its Razer Blade 15 Advanced laptop — bringing what the gaming brand promises are next-generation optical switches to the laptop. The keyboard has been designed specifically with gamers in mind who want “near-instant actuation, satisfying tactile feedback, and rapid-fire inputs.”

The way it works: The laptop and keyboard use light to result in a faster register and implementation of its keypress on the keyboard. Said another way, this is a clickier keyboard that responds to your inputs much faster, which should allow players to input more commands more quickly when they’re in the middle of an intense gaming session. Since light is what’s measured as the input source for this optical keyboard instead of physical contact with the keys, Razer is also promising zero “debounce” to ensure that each individual stroke is registered instantly, with no delay.

An infrared light beam under each key on the keyboard measures when the key is actually pressed, something Razer says allows for greater precision and speed compared to traditional laptop keyboards. The keys are also individually backlit with Razer Chrome RGB lighting, with several million possible color options and a variety of pre-programmed designed and custom patterns for users to choose from.

“Razer is a company built on firsts, (and) we focus on pushing the envelope to provide gamers with the best-in-class hardware,” says Brad Wildes, Senior Vice President of Razer’s Systems Division, as part of Monday’s announcement. “Our Razer Blade 15 laptop with the new optical laptop keyboard is the first of its kind, providing gamers with the most advanced switch technology on the market anywhere they go.”

The new keyboard is available starting today from Razer.com, as well as select retailers in the US, Canada, and China. It will be coming to more keyboard models in addition to the Razer Blade 15 Advanced in 2020.

Update: After this post was published, Schenker Technologies GmbH which has its own XMG gaming brand, got in touch with us to say that it’s “already introduced opto-mechanical laptop keyboard switches” in its MechRevo lineup. Per Tom Fichtner, Product Manager at Schenker Technologies, “We at XMG have first announced TongFang’s keyboard switches in April 2018 in our very own XMG NEO 15 and we have updated it again in December 2018 with a silent, tactile next-gen variation of the same switch.”