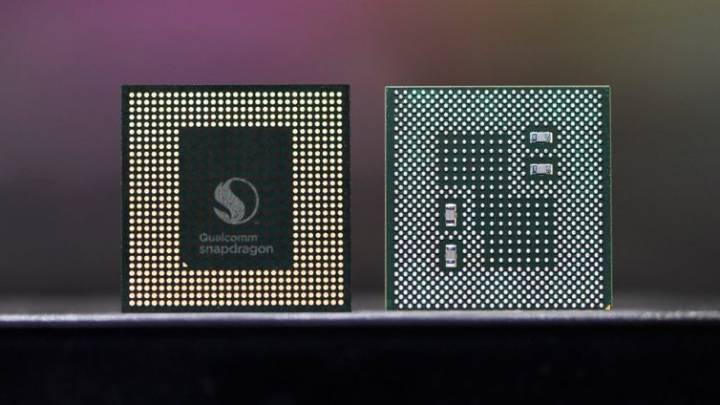 Qualcomm has finally given us all the details about Snapdragon 845, the latest and greatest in its long line of mobile processors. It’s significant because the top-of-the-line Snapdragon processor is invariably what you find inside top-end Android phones these days — the Galaxy S8, Galaxy Note 8, Moto Z2 Force, Pixel 2, and OnePlus 5T all used Qualcomm’s Snapdragon 835 this year.

But more and more, the central processor on a smartphone is being used to do more things. Chipsets now have dedicated abilities for power management, facial recognition, voice processing, and AI — all massive components of what makes a smartphone good these days. So by showing us what the new Snapdragon 845 is capable of, Qualcomm is really showing us how Android manufacturers are planning on beating the iPhone X this year.

Qualcomm had a laundry list of ways that the Snapdragon 845 is the best processor ever, but you just need to watch this 90-second teaser video to get a good idea of what Qualcomm is focusing on. Gone are the days of boasting about next-gen graphics — that’s a given for any top-of-the-line device. Instead, Qualcomm is stressing battery life, image processing, natural-language processing, a built-in architecture to handle new AI engines, and VR.

The easiest part of that to understand is actually the image processing. The Snapdragon 845 SoC includes a new Spectra 280 image signal processor, which lets you record 4K video. It adds new abilities to capture high-dynamic-range color, including more life-like color reproduction. Burst-shooting and slo-mo video are also about to get crazy, as the Spectra 280 is capable of shooting 16MP images at 60fps, or 720p video frames at 480fps. Qualcomm says it can handle a total of seven (7!) cameras per device, a total of 32MP at 30fps. If you thought dual-camera setups were a little ridiculous, this opens the door to something much, much worse.

Even if device manufacturers don’t push the Spectra 280 all the way to the limit, it’s clear that crazy-good photos are going to be part of the equation for 2018 Android devices. The big question is what manufacturers do on the software side with this newfound power. We’ve seen this year that good smartphone cameras are all about using clever hardware to pull off neat software tricks, like blurring the background in “portrait mode,” or building depth maps of the face to mess with lighting. Let’s see what companies can come up with this year.

Connectivity may turn out to be a feature win for Android phones this year as well. The iPhone X can’t even keep up with 2017 Android devices like the Galaxy Note 8 when it comes to LTE speeds, and the Snapdragon 845 should take Samsung’s game to a whole new level. The 845 has Qualcomm’s X20 modem built-in, which adds support for new technologies like License Assisted Access (LAA), 4×4 MIMO, and 3CA. The result should be real-world speeds 20 percent faster than the X16 modem in this year’s phone, and a thorough spanking of iPhones.

As you’d expect from a company that got its start in communications, there’s also support for the very latest Bluetooth 5 and Wi-Fi standards. Bluetooth 5 will come with a raft of benefits including better battery life, data transfer, and range, but you’ll have to wait until you have Bluetooth 5 devices for it to be particularly useful. On the Wi-Fi side, we’ve got the addition of 11ad Wi-Fi and 2×2 11ac Wi-Fi, meaning better reliability and switching between access points.

Power is the last big point Qualcomm is stressing. The Snapdragon 845 supports Quick Charge 4+, which crams electrons into your battery faster than ever before. All the dedicated chipsets, modems, and the central processing cores also boast marginal improvements in efficiency, so hopefully battery life will keep creeping upwards.

That’s just all the easy-to-quantify stuff. Qualcomm has also improved support for technologies like augmented reality, voice recognition, and facial recognition on the 845. More than anything else, that should help Android device makers catch up to Apple on features like Face ID and ARKit. While Apple has to work on the code for those from the ground up, Android makers can get a big jump by leveraging Qualcomm’s technology to push devices to market faster, and help keep innovating.