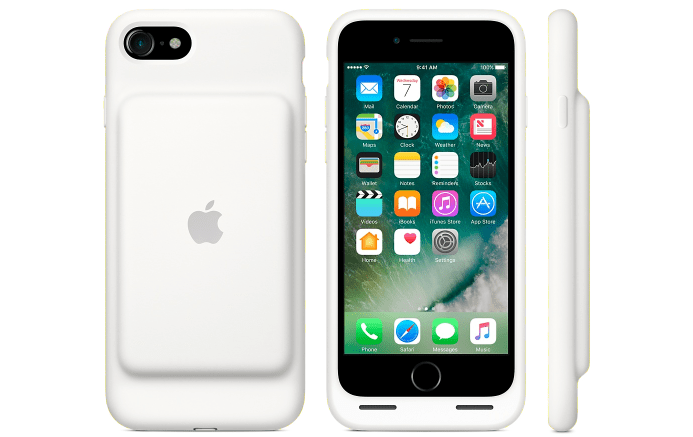 Apple’s Smart Battery Case for iPhone is gross. It’s ugly, and there’s really no getting around that. Before today, buying one should have come with a sense of shame and regret, but now that there’s a Product (RED) version, at least you can pick one up and know that you’re doing some good for the world, even if it’s at the expense of good taste.

GET UP: Stephen Hawking knows why you’re fat

Apple announced today that it’s bringing a (RED) version of its lumpy battery case to its its retail stores and online shop, along with new iPhone SE case, Beats Solo 3 wireless headphones, and Beats Pill, also as part of the (RED) program. The new products continue the company’s tradition of charitable efforts and long-standing support of (RED)’s mission to provide medical relief to AIDS-stricken regions of Africa.

Additionally, Apple is launching a special Product (RED) effort via Apple Pay. Starting today and carrying on through December 6th, the company will donate $1 to (RED) every time Apple Pay is used at an Apple Store or on Apple.com, with a maximum contribution of $1 million. Interestingly, Bank of America is matching that offer, and will also donate up to $1 million in total for Apple Pay transactions using its cards.

“The gift of life is the most important gift that anyone can give,” said Tim Cook via press release. “Thanks to the vision and dedication of (RED), an AIDS-free generation is within our reach. We want to leave the world better than we found it, and that’s why our longtime partnership with (RED) remains so important to us.”

The new product versions should appear in the Apple online store starting today, as well as in Apple Store locations.