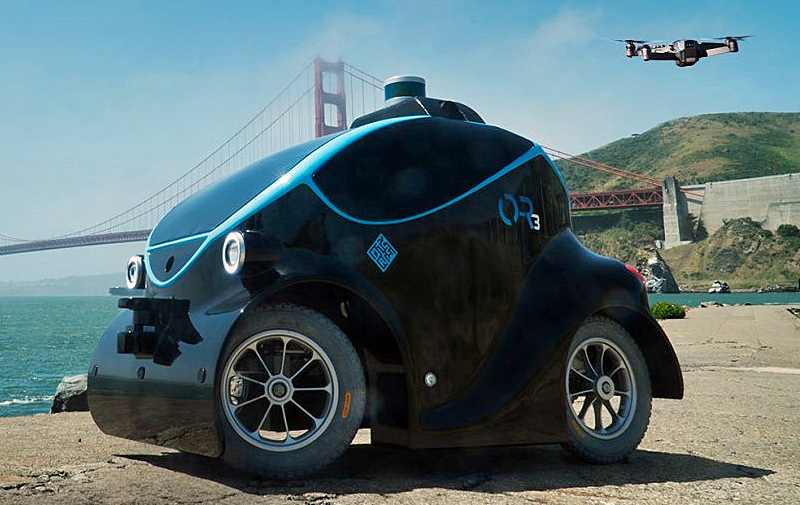 With the immense wealth of the region, Dubai has quickly become one of the hottest places for companies to test out their newest, wildest future tech. It wasn’t long ago that Dubai announced its plans to get flying taxis off the ground by the end of July, so it’s quite fitting that robotic police — yes, actual autonomous police robots — will soon be patrolling the bustling city as well. What a time to be alive.

The bots, which take the form of stout, four-wheeled driverless cars, are roughly the size of those small electric toy cars that kids can ride in, but obviously much more advanced. The cars can cruise along the road or patrol footpaths, and are equipped with a powerful camera system that scans the faces of anyone it comes across. That biometric data is then compared against known criminals and wanted individuals, alerting the police command center if it spots anyone who needs a closer look.

But the ground-based patrol bot is really only half of the story; the bot comes with a built-in deployable drone which it can send skyward to get a better vantage point of anything it needs to investigate. The system will look for suspicious activity and report its findings back to officers. The bot can even head back to its base station to power up when its batteries are running low, patrolling at all hours of the day and covering more ground than the manned police force can on its own.