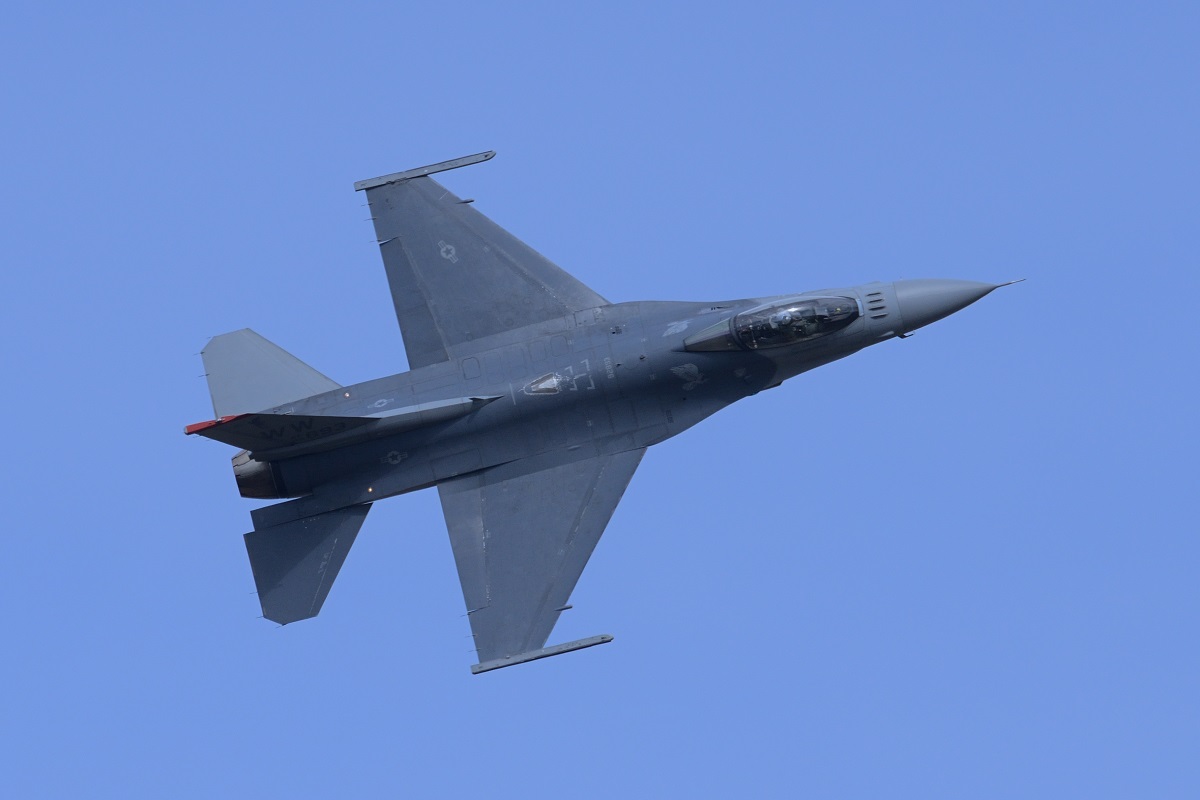 In a wild story that was captured on video, an F-16 fighter jet crashed into a warehouse in Riverside, California shortly after takeoff yesterday afternoon. The pilot managed to safely eject from the plane before the crash and is said to have suffered no injuries, according to a report from the Los Angeles Times.

A full-on investigation into the cause of the crash will certainly yield more details, but early reports suggest that a hydraulics failure was the reason behind the malfunction and subsequent crash.

Video of the impact was captured by a nearby car’s dashboard cam.

Ty Stanonis was on the freeway when the crash occurred ahead of him, he told FOX11. His vehicle’s dashboard camera recorded the moment the jet crashed, showing the plane dropping into the building.

“Everybody was slowing down, just trying to figure out what just happened,” Stanonis said.

The pilot’s parachute deployed after he ejected, and he landed in a field inside the base. Stanonis said the pilot was still for a few moments but finally rose to his feet.

The moment of impact can be seen in the first few seconds of the video below.

Footage captured from within the warehouse can be seen below. It’s worth noting that the video contains explicit language.

Miraculously, no one in the warehouse was seriously injured as a result of the crash, though a few individuals were taken to a nearby hospital for evaluation for minor injuries.

Further, the F-16 was said to be carrying live ammunition which thankfully — and remarkably — did not go off. All in all, what could have been an all-out disaster resulted in no deaths or serious injuries