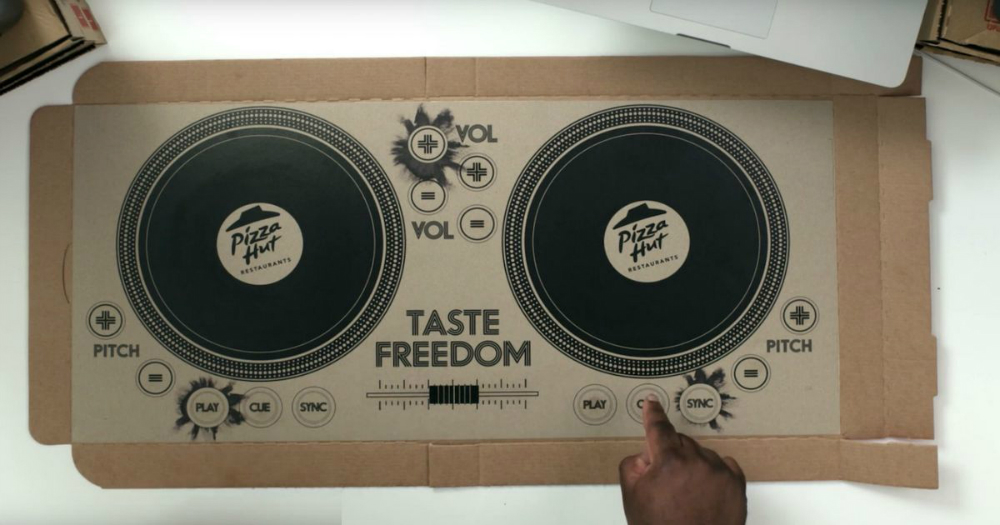 You might be a DJ and you don’t even know it. But if you’re also a Pizza Hut fan, you might soon discover your hidden mixing talents. The company launched a brand new pizza packaging, one that’s smarter than everything else that’s out there. Lo and behold, the world’s first playable DJ pizza box.

The pizza box is still made of cardboard, but it also comes with a special layer of touch-sensitive controls, all powered by a battery. According to Engadget, the hardware is created by Novalia, and should work with DJ software including Serato DJ.

So what if the mat will be extra greasy? You’ll still be able to scratch away and impress your friends after the pizza is gone.

Pizza Hut says it’ll give some of these creations away, but only if you order from one of the five supporting UK restaurants. Keep up with Pizza Hut’s official UK Twitter feed to learn more details about the DJ pizza box, and watch it in action in the following video.

If it turns out that you do have mad DJ skills, you’ll probably want to invest in proper hardware to make the most of it.