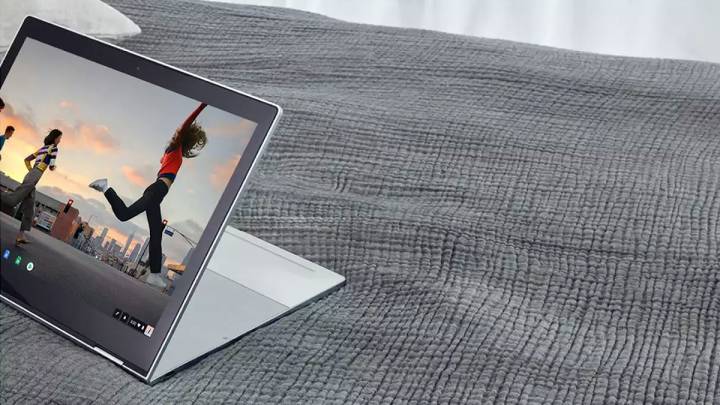 When it comes to Chromebooks, there’s the Google Pixelbook and then there’s everything else. Google’s Pixel smartphone hardware has always been pretty good, but the Pixelbook hybrid laptop is a cut above the rest. It features a gorgeous all-aluminum and glass design as well as impressive specs like Intel Core processors, up to 16GB of RAM, and up to 512GB of SSD storage. It also has a sky-high price tag to match, with prices starting at $999 — though you can save about $200 by getting them on Amazon. You get what you pay for, as they say, and we were blown away by the Google Pixelbook when we reviewed it last year. Now, with less than three weeks to go until Google’s big Pixel 3 event, it appears as though a big leak gives us our first look at the device’s successor, the Google Pixelbook 2.

Google will host a big press conference on October 9th, and we all know what the main focus will be. That’s right, the company’s Fall 2018 smartphone lineup will finally be unveiled. We know just about everything there is to know about Google’s Pixel 3 and Pixel 3 XL because the phones have been leaking for months. In fact, a shipment of Pixel 3 XL test units was allegedly stolen in Eastern Europe and units were then sold to a bunch of Russian bloggers. As a result, we’ve seen a bunch of hands-on reviews and videos of the Pixel 3 XL, which is certainly the more exciting of Google’s two new Pixel phones.

While the Pixel 3 and Pixel 3 XL will likely get the most stage time at Google’s big event, an equally exciting device will also be unveiled. The Pixelbook 2 is expected to take everything we love about the original Pixelbook and make it even better. Now, thanks to a leak of what appear to be genuine photos of Google’s next-generation hybrid laptop, we likely know exactly what to expect in terms of design.

A blog called About Chromebooks published the images on Wednesday, and they show a Pixelbook device that most certainly isn’t the first-generation model available in stores now. We can see several key design changes including USB-C ports on the display instead of the keyboard, a new hinge design that suggests the display can be removed and used as a true tablet, and a flat power button on top of the screen. According to a screenshot obtained by the same blog, the power button has a fingerprint sensor built in.

No specs were shared alongside the image leaks, but we don’t have every long to wait before the Pixelbook 2 is made official. Google’s big Pixel 3 event is scheduled to take place on October 9th in New York City.