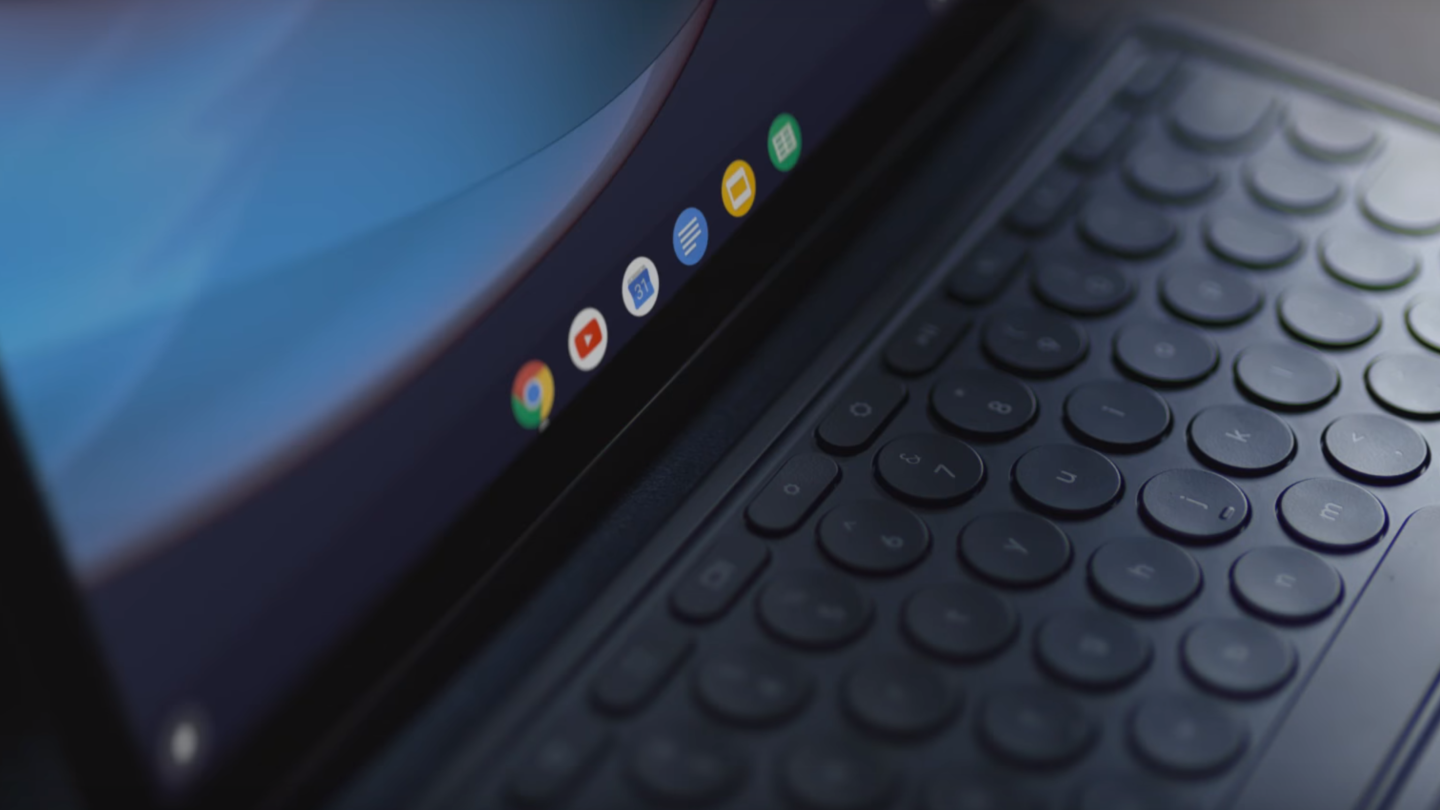 The hardware just keeps coming at Google’s Pixel event in NYC today, and it’s not just new Pixel phones. Google also has some Pixel tablet hardware, with a whole new device called the Pixel Slate. It’s a detachable 2-in-1 Chrome OS device that walks the line between laptop and tablet, much like Microsoft’s Surface Pro hybrids.

Rather than use a kickstand on the back, however, the Pixel Slate is designed to work with a cover that looks a lot like Apple’s smart keyboard cover for the iPad. It folds up into a tablet cover when you put it away, but a fold-out keyboard and fabric stand prop it up to work like a laptop when you’re sitting down.

The Pixel Slate runs Chrome OS, which has slowly become more touch-friendly over the last two years. Chrome OS still isn’t a “full” operating system in the sense of Windows or macOS, but thanks to its ability to run Android apps, most functionality is within reach. The Android apps also translate well to a touch UI, for obvious reasons.

With the release of the Pixel Slate, Google has also redesigned Chrome OS a little to make it even more touch-friendly. There’s an app launcher on the home screen that looks like it’s been stolen directly from Android, a split-screen setup for multitasking, and a new task bar along the bottom. Always-on Google Assistant support blurs the line between Android and Chrome OS a little more as well.

In terms of physical design, the Pixel Slate is much closer to an iPad than a Microsoft Surface. It’s passively cooled, with no loud fan, and a has a particularly high-resolution display on the front. Google said that the Pixel Slate was designed to be a tablet first, and it sure looks that way based on the design.

Beyond just the display, there’s also stereo speakers placed on the front, and dual 8MP front-facing and rear-facing cameras. The side-mounted power button also works as a fingerprint sensor, which is a neat touch.

Pricing starts at $599 for the base version, while the Pixel Slate keyboard is an extra $199. There’s no set release date right now, but Google does say that it’ll launch this year.