Google’s Pixel phone lineup is special. It always has been and it always will be. Pixel phones never sell anywhere near as well as Samsung’s Galaxy flagships or Apple’s iPhone lineup, but they also don’t launch behind multi-billion dollar marketing campaigns. What makes Pixel phones special is the fact that they’re the Android equivalent of the iPhone, with a single company responsible for designing both the hardware and software experiences. They’re the only Android phones that are truly complete, cohesive products. Even more important, perhaps, is the fact that they’re the only Android phones that get big software updates as soon as they’re released. While the majority of Android devices out there are running versions of Android that are two or even three years old, Pixel phone owners always have access to the latest and greatest features. But access to a cohesive product that runs the latest Android build comes at a price, and that price has always been accepting the fact that your smartphone has an outdated design and outdated specs.

Since Pixel phones are released in October each year, they arrive mere months before smartphones start launching with next-generation processors. That immediately places Pixels a year behind rivals. On top of that, Google has always used smartphone designs that are terribly outdated. Even the most recent Pixel 3 and Pixel 3 XL have big bezels that are better suited to smartphones in 2016 than 2019. This year, however, that might finally change since leaks suggest Google will adopt a trendy new design that’s all the rage in 2019. In fact, this year, Google’s Pixel 4 and Pixel 4 XL might actually feature better designs than Apple’s upcoming iPhone 11.

It would be quite ironic if 2019’s Pixel 4 and Pixel 4 XL sported more moderns designs than Apple’s brand new iPhone models. After all, the first-generation Pixel and Pixel XL were blatant ripoffs of the Apple’s iPhone 6 design that debuted two years earlier. With HTC’s help, Google created a pair of smartphones that looked like iPhones with a tiny glass pane slapped on the back. It was embarrassing, but Google is hardly the only Android phone maker that steals Apple’s designs.

If recent rumors pan out, there’s another design Google plans to borrow in 2019. It’s the hole-punch design that first emerged in China and was then popularized by Samsung’s Galaxy S10 flagship smartphone lineup. This design allows handset makers to dramatically reduce the size of the bezels around the screen by placing the front-facing cameras inside a hole that’s cut out of the display itself. Is it any better than a traditional notch? That’s open to debate, but it’s certainly more modern and it results in much higher screen-to-body ratios.

Last week we shared a few renders with you that were created by Twitter user @PhoneDesigner, and they show us what the Pixel 4 and Pixel 4 XL might look like with the designs that have been rumored. Let’s take another look at a couple of those images. 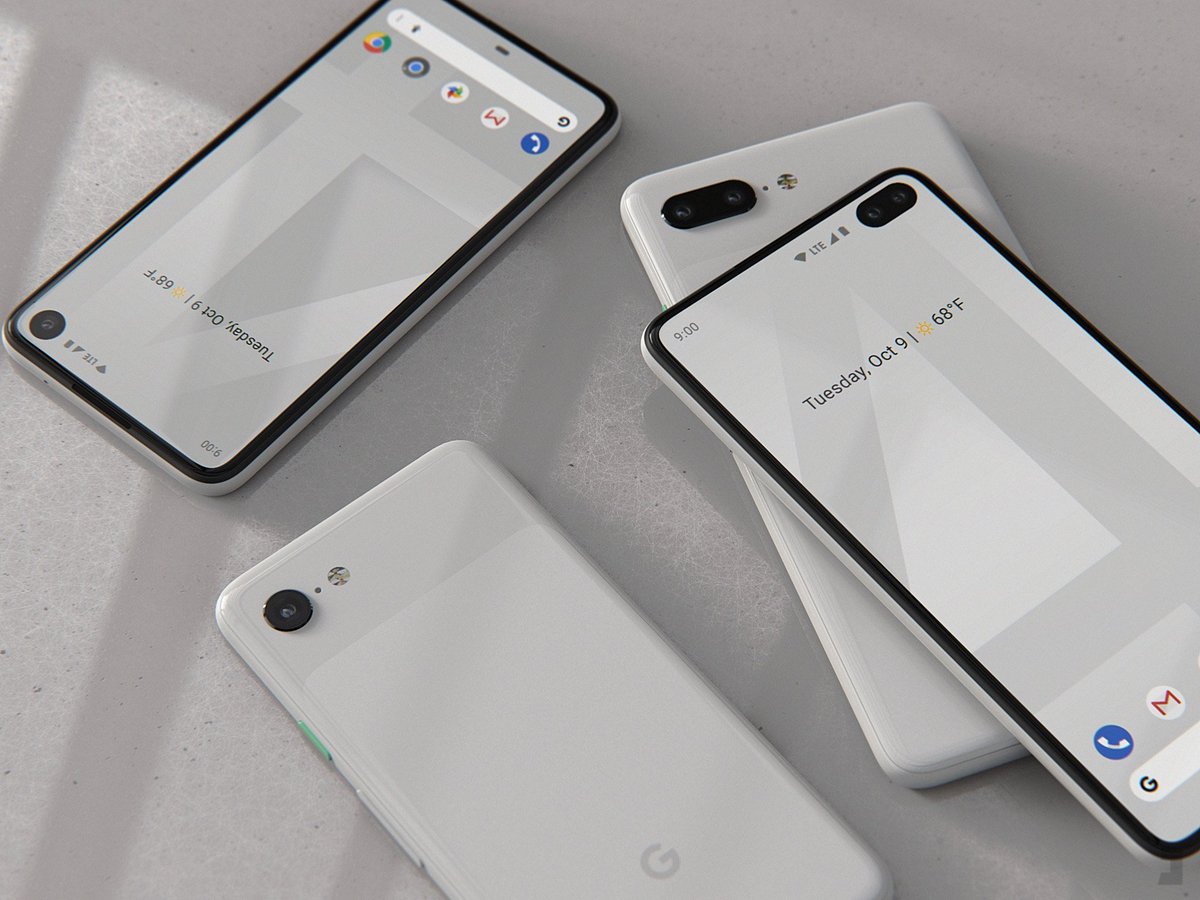 Now, these renders are based on rumors and nothing is confirmed for the time being, but there is indeed a good chance that this is a pretty close representation of what we can expect from the Pixel 4 and Pixel 4 XL when Google releases the new phones this fall. Now let’s take a look at the rumored design for the iPhone 11, which was created on behalf of Twitter user @OnLeaks and posted by a site called CompareRaja: 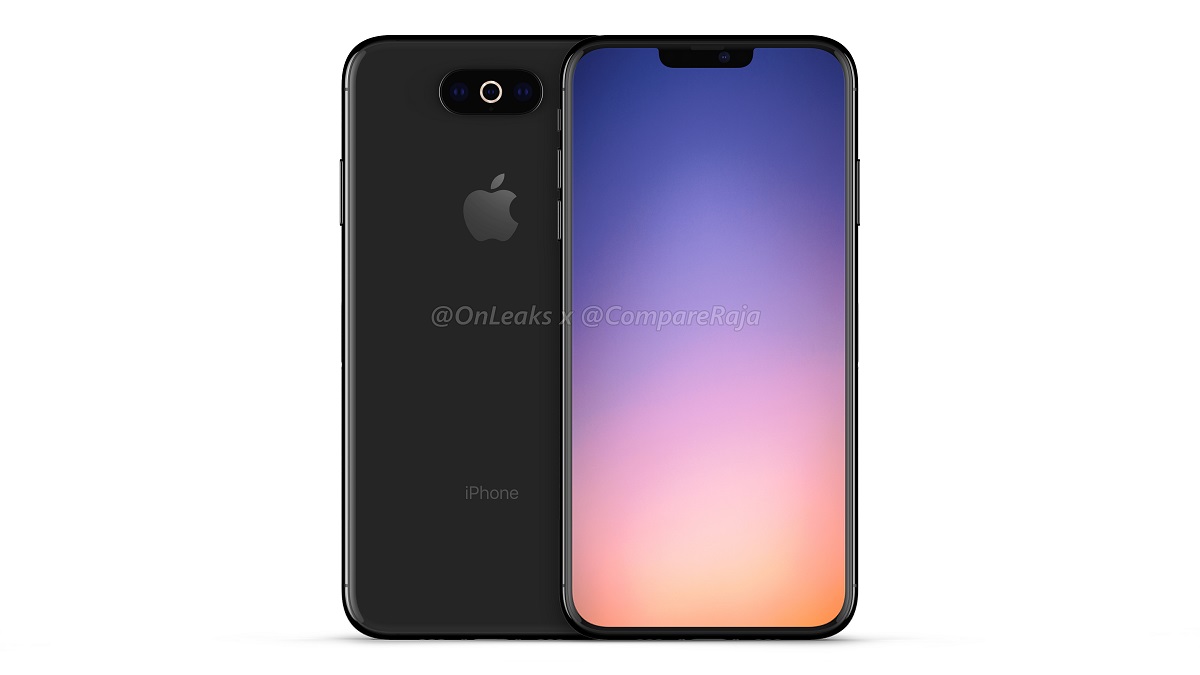 Yup, it’s the same basic design as the iPhone X from 2017 and the iPhone XS from 2018, but the camera on the back has been reoriented and centered. In fact, if this leak pans out, it’ll be the third time Apple has used the same basic smartphone design for three consecutive years instead of two, which had always been the case in the past.

Big notches like the one seen on this iPhone 11 mockup are on their way out, just like big bezels were two years ago. People want as much display as possible on the front of their phones, and newer designs like the teardrop notch, hole-punch camera, and pop-up selfie camera result in much better screen-to-body ratios. In other words, 2019 might mark the first year that Google’s new Pixel phones feature a better and more modern design than Apple’s new iPhones.