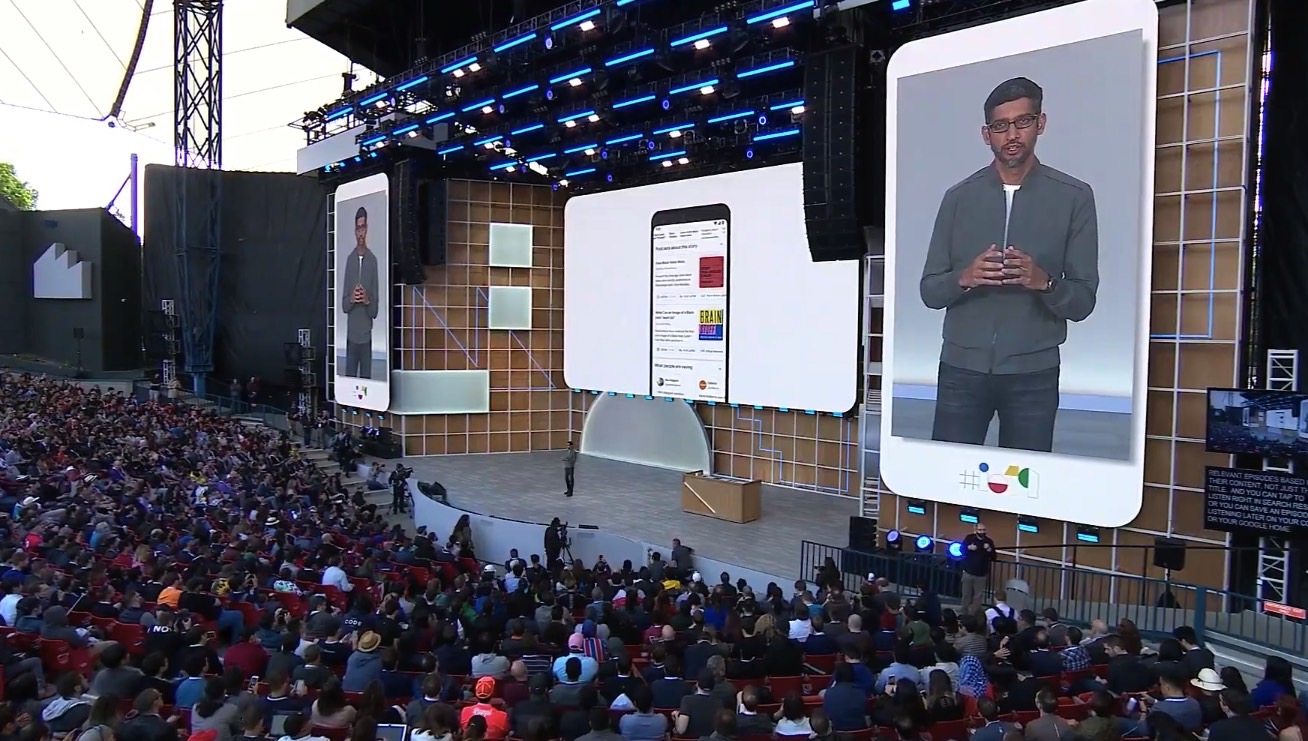 Google’s I/O 2019 keynote brought us several major announcements from the company, most of which focused on exciting innovations on the software front. Google Assistant was one of the show’s highlights as Google found a way to reduce the size of the voice recognition software, and make it all happen on-device. The real-time on-device voice recognition demo on stage was easily one of the best things Google showed us. Google Assistant was able to deal with voice commands in rapid succession without missing a beat. But while we focused on the Assistant demo, we might have missed an incredible tidbit — Google may have used a product that’s not available to anyone right now during the demo. Is it a Pixel 4 prototype?

When Google ended that Assistant demo, a slide told us that the features we just saw are “coming to new Pixel phones later this year.” This seemed to indicate that whatever hardware the Assistant needs to deliver all that real-time on-device voice-based magic might not be available on any of the existing Pixel phones, not even the Pixel 3.

Looking again at the video and focusing on the hardware that a Googler named Meggie used to demo the Assistant, it’s clear that it’s covered in some protective gear meant to hide its design.

Before we get to that, let’s look at Pixel 3’s current design.

Now let’s look at the rumored Pixel 4 design, from a few weeks ago.

Google might be going for a Galaxy S10-like design on the phone, according to some reports. The problem with this renders is that the camera placements aren’t accurate. The punch-hole selfie camera and rear camera can’t be on the same side of the phone. There’s just no way the components would fit. The selfie cam should be placed on the left side of the screen.

That’s not a lens we see there, it’s the flashlight, which Google Assistant turns on and off during the demo.

The front of the handset is even more puzzling. It’s clear that we have at least one front-facing camera lens in there.

But what’s with that strange notch-like cutout towards the left? What if that’s a Galaxy S10-style hole-punch camera placed on the left side of the screen there?

The phone we see in the demo definitely packs the kind of hardware that’s needed to support the new Assistant experience. It’s probably the Snapdragon 855 processor that’s doing all the heavy lifting. Or maybe it’s a special Pixel-banded chip built by Google running alongside the Snapdragon 855. We have no way of knowing, but in either case it’s almost certainly not a publicly available Pixel phone being used in that demo.

Google is reportedly exploring several Pixel 4 designs, according to a recent report, so we’ll have to wait a while to see the final version get leaked.