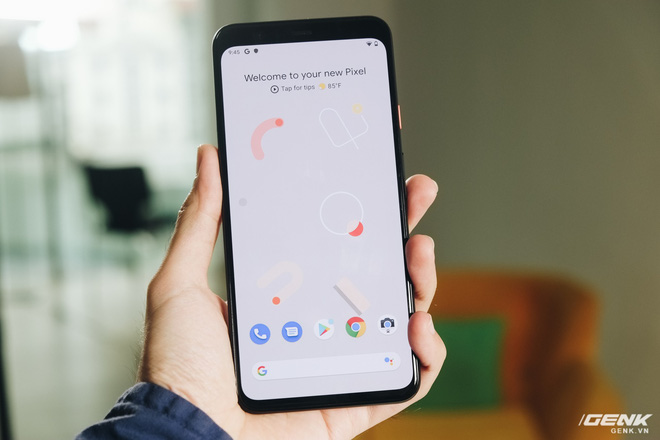 Phone leaks are a dime a dozen in recent years, but the pace at which the Pixel 4 leaks have been springing up this month, in addition to the magnitude of those leaks, might be unprecedented. On Monday, one of Google’s Pixel 4 ads appeared to leak online weeks early. On Tuesday, we saw close-up leaked photos ahead of Apple’s iPhone 11 reveal. On Wednesday, two high-quality, hands-on videos confirmed every last detail about the upcoming phones. And now, on Thursday, Vietnam’s GenK.vn has published a fairly detailed preview of the phone.

According to GenK, a store in Hanoi, the capital of Vietnam, is selling prototype Pixel 4 devices before the phone has even been announced. But while these are not technically the commercial units that will be on sale next month, they are likely representative of what we will see when Google officially launches the Pixel 4.

Early on in the preview, GenK covers the design, which has been thoroughly spoiled for weeks now. As the site notes, the display, while an improvement over the Pixel 3 and Pixel 3 XL, doesn’t reach the standard set by Apple, Samsung, OnePlus, and others. The bezels are substantial and, in what might be an even more egregious transgression, not the same size. But one design feature that GenK compliments is the square camera array, which it says is “less ungainly” than the camera on the iPhone 11 since it is encased under glass rather than protruding.

There are a few revelatory tidbits scattered throughout the piece, though. For example, the white Pixel 4 XL, which is the model that GenK obtained, has a “rough” back panel, rather than the glossy finish that most smartphones owners have become accustomed to. The Pixel 4 also seemingly does away with the fingerprint scanner altogether, as it can no longer be found on the back of the phone and hasn’t been placed beneath the screen. If you want to unlock your Pixel 4 with biometrics, you’ll have to use the new face unlock system.

As for the specifications, the Pixel 4 XL will ship with a 6.3-inch AMOLED display (1440×3040 resolution), Snapdragon 855 processor, 6GB of RAM, 128GB of storage, and a 3,700 mAh battery. This doesn’t quite match the top Android phones on the market, but the Pixel 4 does have a few additional tricks up its sleeve. One of those tricks is a 90 Hz display, which few phones outside of the OnePlus 7 Pro can match in 2019.

Finally, as expected, Google has upgraded to a dual-camera system, but this might come as a bit of a letdown after Samsung and Apple debuted multiple new flagships with triple-cameras this year. Beyond the camera hardware, the interface has received an update as well, with the modes all the way at the bottom.

All in all, the Pixel 4 XL appears to be a significant upgrade over the previous model, but still not on par with the best that the industry has to offer. Google is expected to officially announce the Pixel 4 next month.