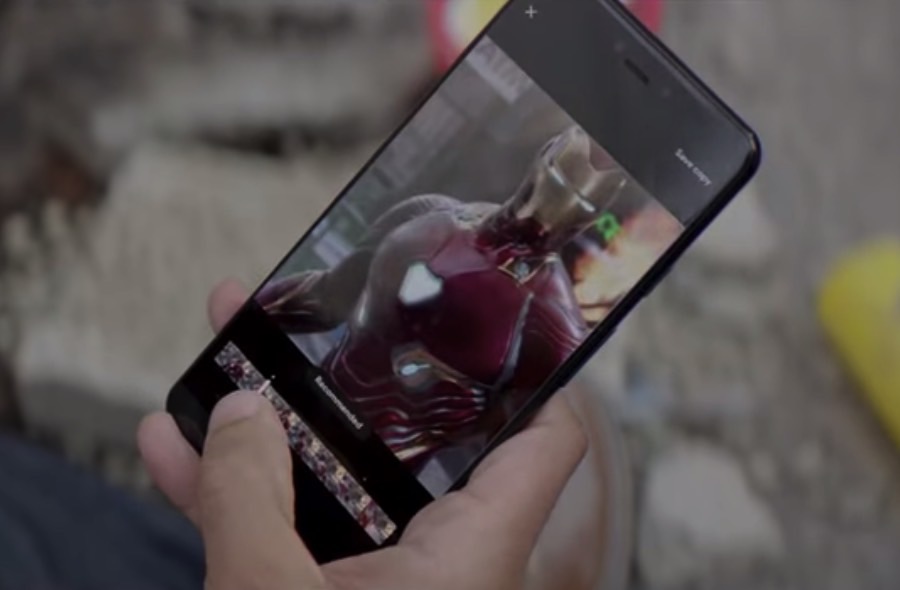 Google just came out with a brilliant Pixel 3 commercial that you absolutely have to see, as it harnesses the huge popularity of last year’s Avengers: Infinity War film during a time when talk about the sequel, Avengers: Endgame is at an all-time high. Google also took advantage of the Disney/Marvel partnership to tease the imminent arrival of new Pixel hardware, without revealing any details about it. However, we know there’s only one thing that Google can unveil right now, the Pixel 3a series.

The following one-minute Pixel 3 ad uses various shots from Infinity War, seen from the point of view of regular humans who get to witness the attack on Earth. Avengers fans will immediately recognize the scenes in the background and notice the clever Pixel 3 placements along the way.

The ad does a great job promoting the Pixel 3’s main features, including the camera and the Google Assistant, and teases the upcoming Endgame movie.

Separately, Google placed a teaser on the Google Play store that says “Help is on the way. On May 7, something big is coming to the Pixel universe.”

Again, the Pixel 3a and Pixel 3a XL are probably the only “big” things that can happen in the Pixel “universe” right now, as the Pixel 4 is some six months away. The two 3a phones were shown in several leaks so far, including a recent price leak for Canada.

Some of the previous leaks speculated that the Pixel 3a phones would be launched at Google I/O 2019, which kicks off on May 7th, with Google’s regular press conference. Google’s teaser seems to indicate that new Pixel hardware will be launched at the event.