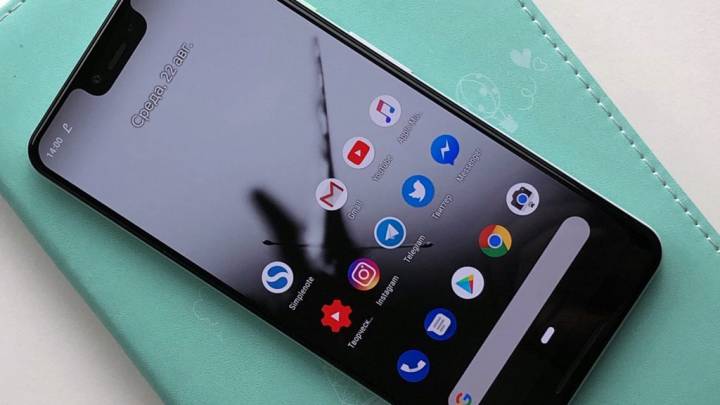 There’s no doubt about it, the Pixel 3 XL will have one of the ugliest notches of the year. The top bezel will house a couple of cameras and a speaker if all the leaks we’ve seen are to be believed, and it cuts a lot more into the screen than other notches modeled after Apple’s iPhone X and iPhone XS. But Google might have come up with a neat new feature that could help shift the focus away from the notch to and onto the screen.

Last week we saw a bunch of new Pixel 3 leaks that told the same story. Google will launch two different phones in October, including the Pixel 3 with its Pixel 2-like design and the Pixel 3 XL, the first Pixel to feature a screen with a notch. Then on Friday, well-known leaker Evan Blass posted on Twitter the following image that shows the two phones side by side:

Since you guys keep asking… pic.twitter.com/DpRqzsyRem

Again, no surprises there. We saw these devices in a bunch of leaks all summer long. But it’s Twitter user @IshanAgarwal24 who came forward with a few new details about the Pixel 3 phones. Apparently, Google has designed a few dynamic wallpapers that come to life on the phone. Here’s what he posted on Reddit about them:

So I just wanted to talk about the wallpapers of the phone. The Pixel 3 has some really cool new wallpapers of two types. I can’t share the live wallpapers APK as the source asked me not to. Though, I have extracted the Hi-Res Still Versions of these Live Wallpapers soon. The interesting part about these live wallpapers is that some react based on touch, tilts, and turns. but some of them are special. Some move if the phone senses that there is music playing around, one burst when the person unlocks the phone or notifications come up and some change their theme/ colors based on time of the day like day/afternoon/night.

We don’t have an actual video demo for these new wallpapers, but he did post them on Twitter:

These Wallpapers are divided in two sections. 'Come Alive' and 'Living Universe'. pic.twitter.com/VUe9kZs07l

He also shared images of a real-life Pixel 3 XL:

So here is another look at the Pixel 3 XL exclusively from me! According to the source, the device features a frosted glass back with kinda plastic sides (could be metal with some coating). Also has a SIM Tray at the bottom.#Google#GooglePixel3 #Pixel3XL#Pixel3 pic.twitter.com/ocEKb5QoW2

Google will unveil the Pixel 3 on October 9th during a joint New York-Paris press conference.