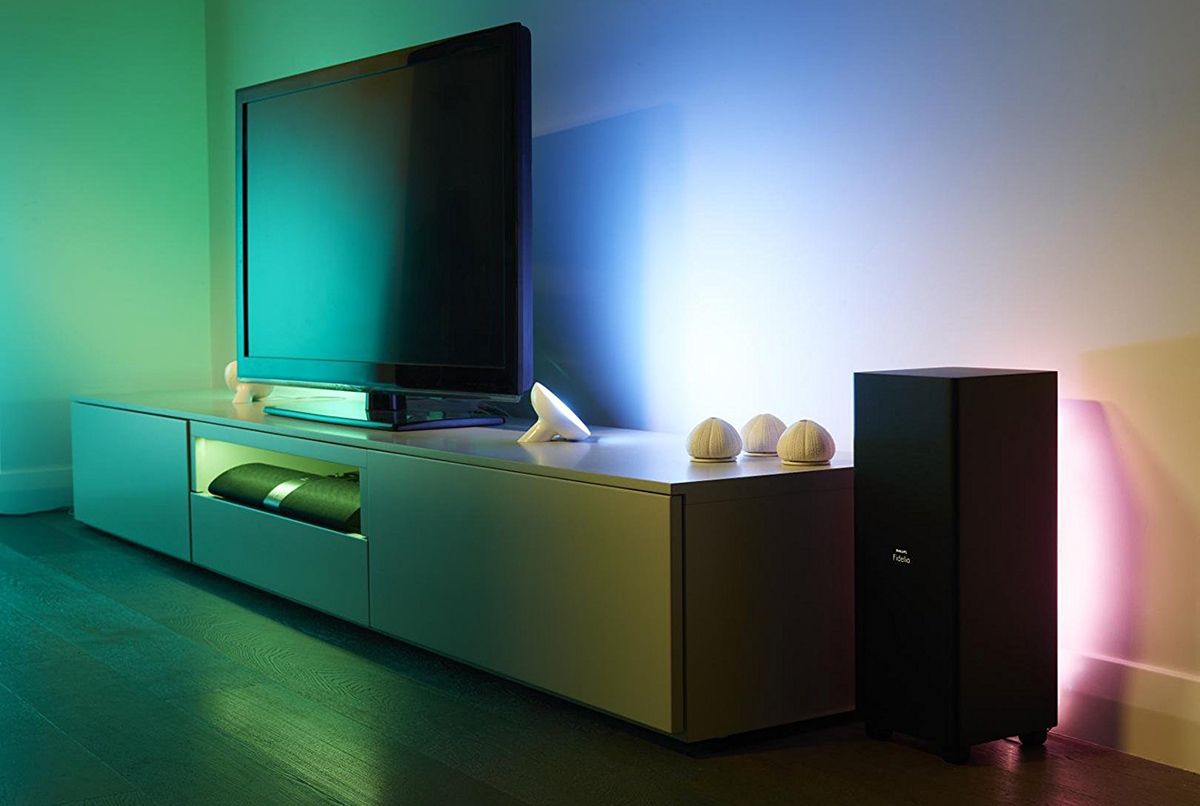 I was one of the first people to jump on the Philips Hue platform when it first came out, and for years, I’ve happily been using a dozen bulbs across my apartment. For now, it’s a mild convenience — I can turn off all my lights with one switch when I’m leaving the house, and it’s fun to sync the TV lights to NFL touchdowns.

But the real promise of smart lights has always been something more than just controlling lamps with an app. In a perfect world, they’d become party lights when needed, mood lights when watching TV, and effects lights when gaming. Thanks to Philips’ latest idea, Hue Entertainment, that concept is about to become reality.

At CES 2018, Philips unveiled Hue Entertainment, a system that will allow you to sync your color-changing lights to movies, music, or video games. If you already have a computer and Hue lights, there’s not going to be any additional hardware or controllers required; instead, your existing system is just getting smarter.

You just have to download an app called Hue Sync to a PC or Mac, and the app will evaluate what’s coming onto the screen and set up an on-the-fly lighting script accordingly. You don’t have to be using a specific source like YouTube or Netflix; Hue will sync equally well to a PowerPoint presentation or a music video.

CNET journalist Ry Crist got a peek at the system in action:

Here's a sneak peak at what Hue Entertainment will look like, with color-changing lights synced to a lyric video for the animated film Coco: pic.twitter.com/UJxj7Ae3cF

The tie-in with gaming is the part that sounds most impressive. Philips has paired with Razer, who already have lighting systems programmed to the RGB lights in its keyboards and mice, to integrate Hue lights into the overall effect. That means you get game-specific lighting that changes depending on what’s going on in the game. For Overwatch, for example, lights will change color and tempo depending on which character you’re playing, and what ability you’re using at any one time. Sync a Hue LightStrip behind your screen to the game, and the ambient lighting can actually give you extra information in your peripheral vision.

The Hue/Razer Chrome integration is live now, while the Hue Sync app and wider Hue Entertainment plug-ins should be coming later this year.