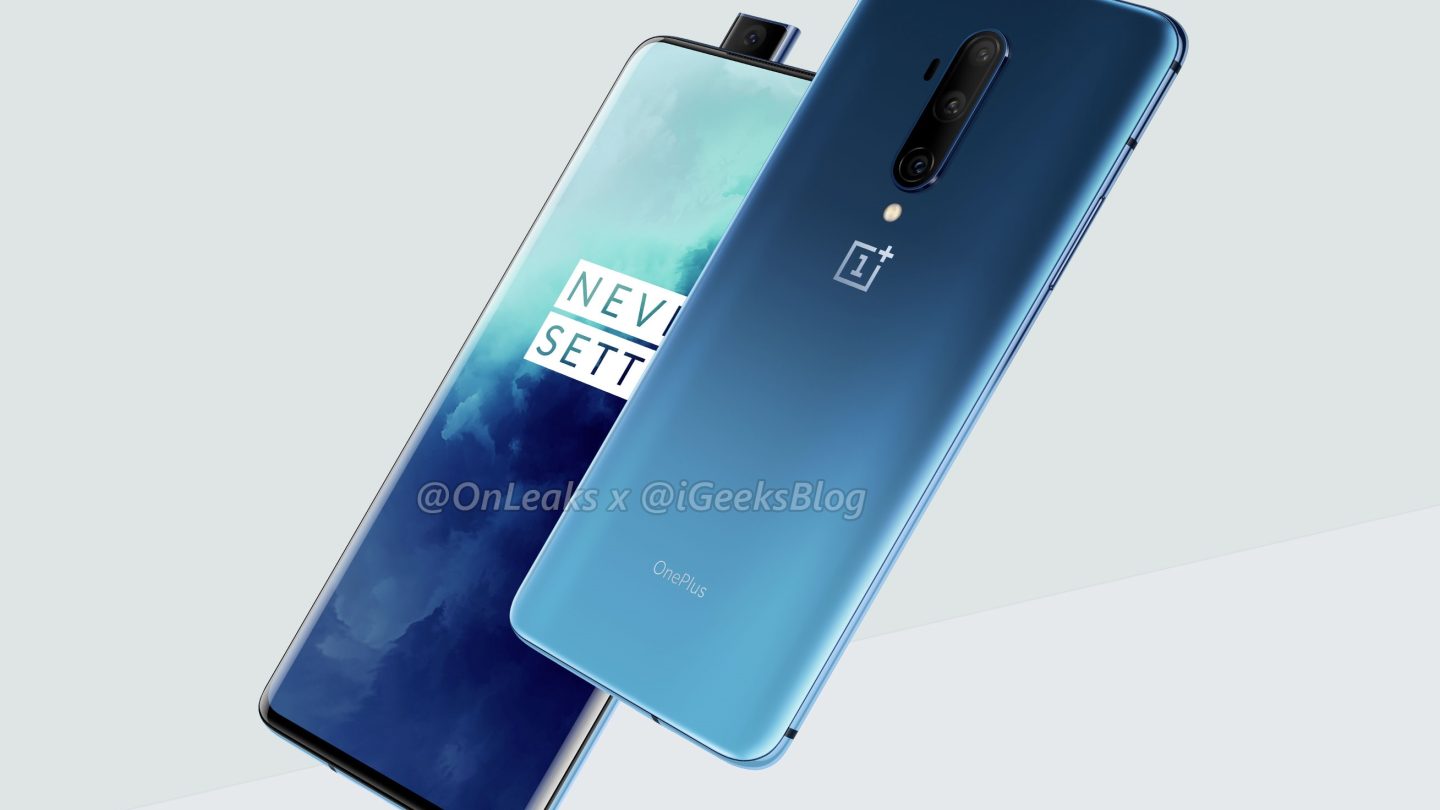 Just two weeks after OnePlus took the stage in India to officially reveal the OnePlus 7T and OnePlus TV, the vendor is holding another event this Thursday in London at 11:00 AM EST / 4:00 PM BST. Not only will European consumers get pricing information for the OnePlus 7T, but we also expect to see the OnePlus 7T Pro in the flesh for the very first time. It’s unclear what markets other than Europe the phone will launch in, though.

In addition to the OnePlus 7T Pro, we should also be introduced to the 7T Pro McLaren Edition, which will follow in the footsteps of the ultra-premium model OnePlus added to the OnePlus 6T line last year. The McLaren Edition will have a unique look, as well as some internal upgrades, such as more RAM and storage.

Based on the torrent of leaks that hit the internet this week, the OnePlus 7T Pro looks virtually identical to the 7 Pro that launched earlier this year. The circular camera array that added to the OnePlus 7T has been removed in favor of the vertical arrangement, and so it’s virtually impossible to tell the two phones apart at a glance. With that in mind, it’s not hard to see why OnePlus opted to promote the standard model over the Pro this time around.

As for specifications, the OnePlus 7T Pro is expected to feature a Snapdragon 855+ CPU and a new laser autofocus system for the rear camera. Other than that, it will likely retain the 6.7-inch AMOLED, 90Hz display of its predecessor, and should ship with Android 10 pre-installed in the coming days.