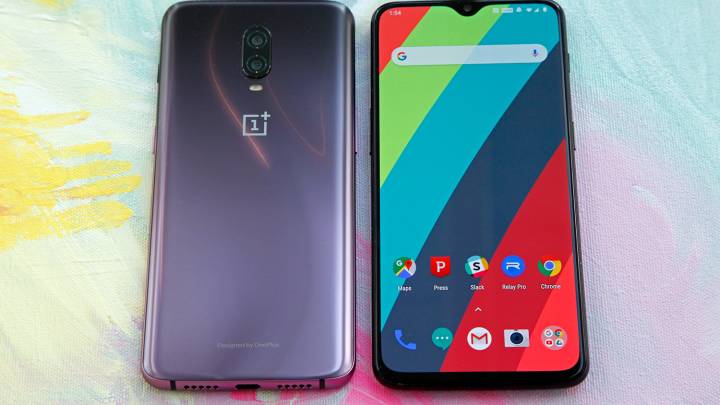 If it sticks to tradition, OnePlus will likely launch two standard smartphones this year: The OnePlus 7 and OnePlus 7T. But the Chinese smartphone maker will also sell a standalone 5G phone in some markets as soon as next quarter. That device was on display in heavy camouflage at MWC 2018 a few weeks ago, but it’s unclear whether it’ll be a part of the OnePlus 7 series.

Meanwhile, several leaks have claimed that OnePlus will deliver a brand new design with the OnePlus 7, and we have one more image that seems to confirm those reports.

OnePlus has yet to announce the OnePlus 7, but the company did confirm the phone won’t have a 3.5mm headphone jack or wireless charging. Rumors then said the handset will feature an all-screen, notch-less design. Instead of the teardrop notch that we saw on the OnePlus 6T, the 7 would sport a slide-out selfie camera. On the back, meanwhile, the phone is expected to rock a triple-lens camera module, like most 2019 flagships.

As you can see in the image above, the phone that would fit inside this case would have a triple-lens camera on the back, considering the size of that camera cutout. Moreover, we have a cutout on the top side that will probably contain the slide-out selfie camera. Also worth noting is that there’s no opening on the top or bottom of the case that would accommodate the headphone jack.

The leaker didn’t share additional information about the case or the OnePlus 7. We can only speculate that the phone will hit stores by June. OnePlus has not announced any media events for either the OnePlus 5G phone or the OnePlus 7, but it would make sense to see both devices unveiled at a press conference next quarter.