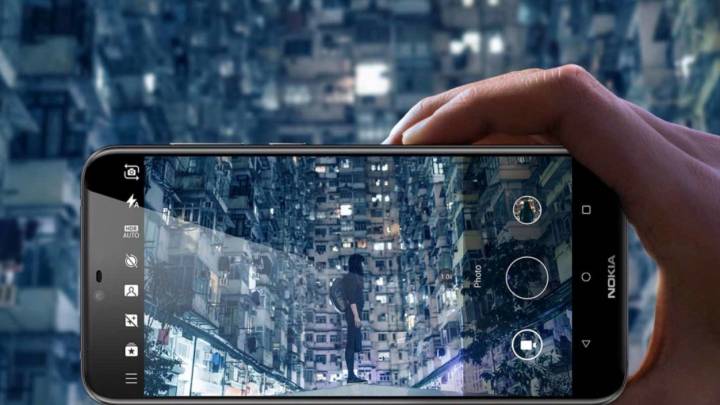 The phone many Android fans are waiting for today is the OnePlus 6, OnePlus’s new iPhone X clone. But until that happens, you should know that HMD Global just launched an iPhone X copycat of its own. It’s called the Nokia X6, it’s got the notch and all-screen display, and it’s a lot more affordable than the OnePlus 6 is expected to be. On the other hand, this is hardly a flagship killer.

OnePlus will insist on the “need for speed” on Wednesday, as the company already confirmed the OnePlus 6’s top of the line specs weeks ahead of the phone’s official unveiling. The Nokia X6, meanwhile, brings a more modest set of specs to the table. But it’s also a lot more affordable than the OnePlus 6 will be.

The new Nokia phone packs a 5.8-inch display with Full HD resolution and a 19:9 aspect ratio. It’s an all-screen smartphone in line what you expect from Android device makers this year. It’s got the iPhone X’s notch at the top without a Face ID clone of its own, and a tiny bezel at the bottom, the dreaded “chin.” The phone packs a Snapdragon 636 chip, 4GB or 6GB of RAM, 32GB or 64GB of storage, and support for microSD cards.

On the back, we’ve got a dual-lens camera positioned centrally, and a rear-facing fingerprint sensor. Again, all par for the course for Android phones this year. The rear camera has 16-megapixel and 5-megapixel sensors that lack Zeiss branding for a change, while the selfie cam has a 16-megapixel sensor.

The phone is made of glass, with an aluminum frame sandwiched between Corning Gorilla Glass 3 panels. Finally, a 3,060 mAh powers the handset, but there’s no wireless charging. Android 8.1 Oreo comes preinstalled, of course.

It’s unclear when the phone will launch in international markets, with Chinese buyers supposed to get it first. Prices start at 1,299 Yuan ($204) for the 4GB/32GB version.