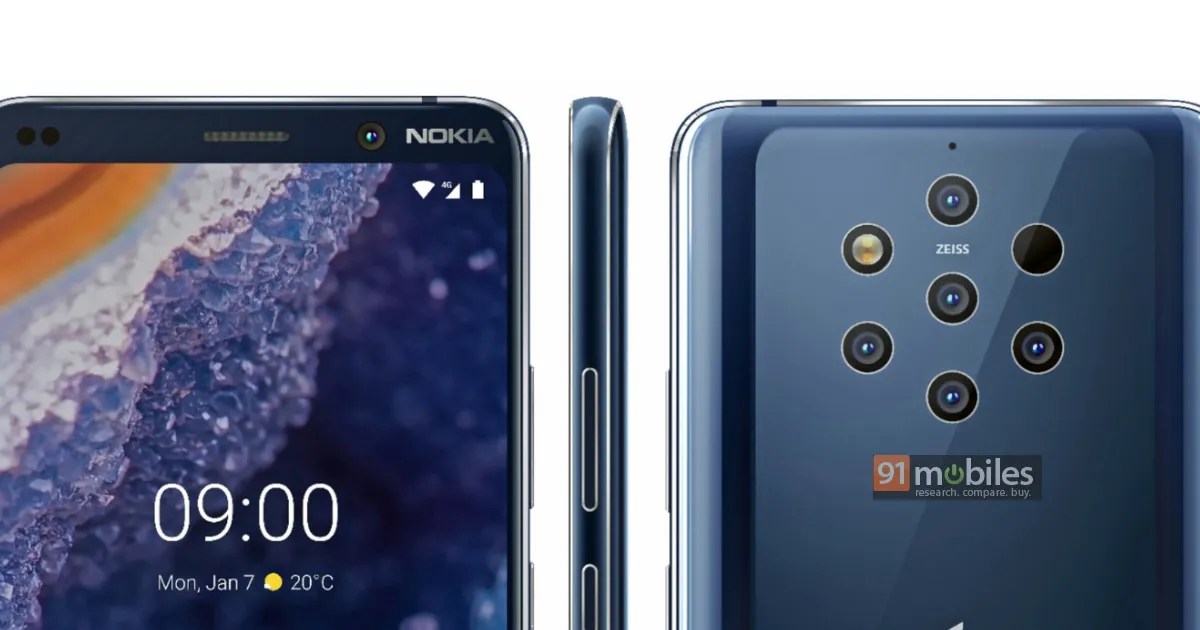 While Samsung is set to take the mobile world by storm with the unveiling of its Galaxy S10 series on February 20th, another, even larger event will follow just days later. MWC 2019 is set to begin on February 25th, and one of the more intriguing phones expected to make its debut at the conference is the Nokia 9 PureView.

Nokia hasn’t been a major player in the industry for quite some time, but it’s certainly making waves with the Nokia 9 PureView, which, as you might have heard, features five rear cameras. While other brands are just now considering including a third rear camera, Nokia decided to jump a few steps ahead and leapfrog everyone. And now, thanks to yet another massive leak, we get to those cameras (and the rest of the phone) in all their glory.

On Wednesday, 91mobiles shared purported press renders of the Nokia 9 PureView. The images seem to line up with all of the previous reports about the phone, leading us to believe this is what the final design of the phone will look like when it debuts later this month. And as you can see, the five cameras are arranged in a circular pattern on the back of the device, flanked by an LED flash and an autofocus module to the left and right:

Nokia has also included an in-display fingerprint sensor, bringing it up to speed with the likes of Samsung, OnePlus and others. So, at least in terms of future-facing features, the Nokia 9 PureView is loaded. But there are other areas where it falls short. What stands out just as much as the five cameras is the overall design of the phone. In an age of Infinity-O displays and camera notches, Nokia opted to stick with tried and true bezels.

The specifications aren’t likely to stand out either, as rumors suggest the phone will ship with last year’s Snapdragon 845 processor, 6GB of RAM, and a 5.99-inch display with 2K resolution. Nevertheless, Nokia is clearly going out on a limb with some unique features to counteract the midrange specs and design.