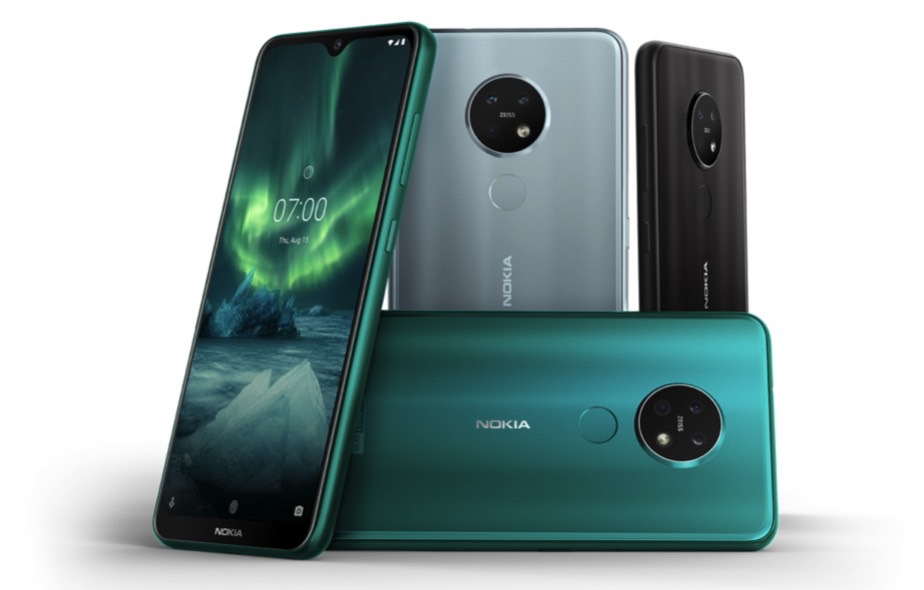 Nokia at IFA 2019 unveiled five new handsets, including two Android smartphones as well as three feature phones. The Android handsets are easily the most exciting additions to Nokia’s lineup, given that they deliver a pure Android experience as well as three camera lenses on the back. The Nokia 7.2 and Nokia 6.2 are sequels in their respective series, sporting similar all-screen designs and an almost identical set of features.

The Nokia 7.2 (image above) and 6.2 share the same design, which includes an all-screen display on the front and a triple-cam setup on the rear. The phones are made of glass and a “cutting-edge polymer composite” that’s supposed to be twice as strong as polycarbonate and half the weight of aluminum.

The Nokia 7.2 is the more powerful version of the two, and it’ll be more expensive when it launches this fall. We’re looking at a Snapdragon 660 chip and 128GB of on-board eMMC 5.1 memory. The Zeiss-branded cameras on the back include a 48-megapixel QuadPixel sensor (f/1.79), 8-megapixel wide-angle sensor (f/2.2) and 5-megapixel depth sensor. On the front, there’s a 20-megapixel Quad Pixel sensor (f/2), also with Zeiss Optics. Quad Pixel, meanwhile, refers to a technology available on other handsets where the camera combines four neighboring pixels into a larger one.

Pricing details were not announced, but both devices will get users three months of Google One access at no extra cost, which means free access to 100GB of cloud storage.

As for the three feature phones, we have the Nokia 110, 2720, and 800. The Nokia 2720 classic flip phone comes with 4G support and 27 days of standby battery life. The Nokia 110 doubles as an MP3 player and FM radio. Finally, the Nokia 800 is the more rugged of the three, featuring IP68 water and dust certification as well as smart features including 4G support in addition to Google Assistant, WhatsApp, and Facebook apps.