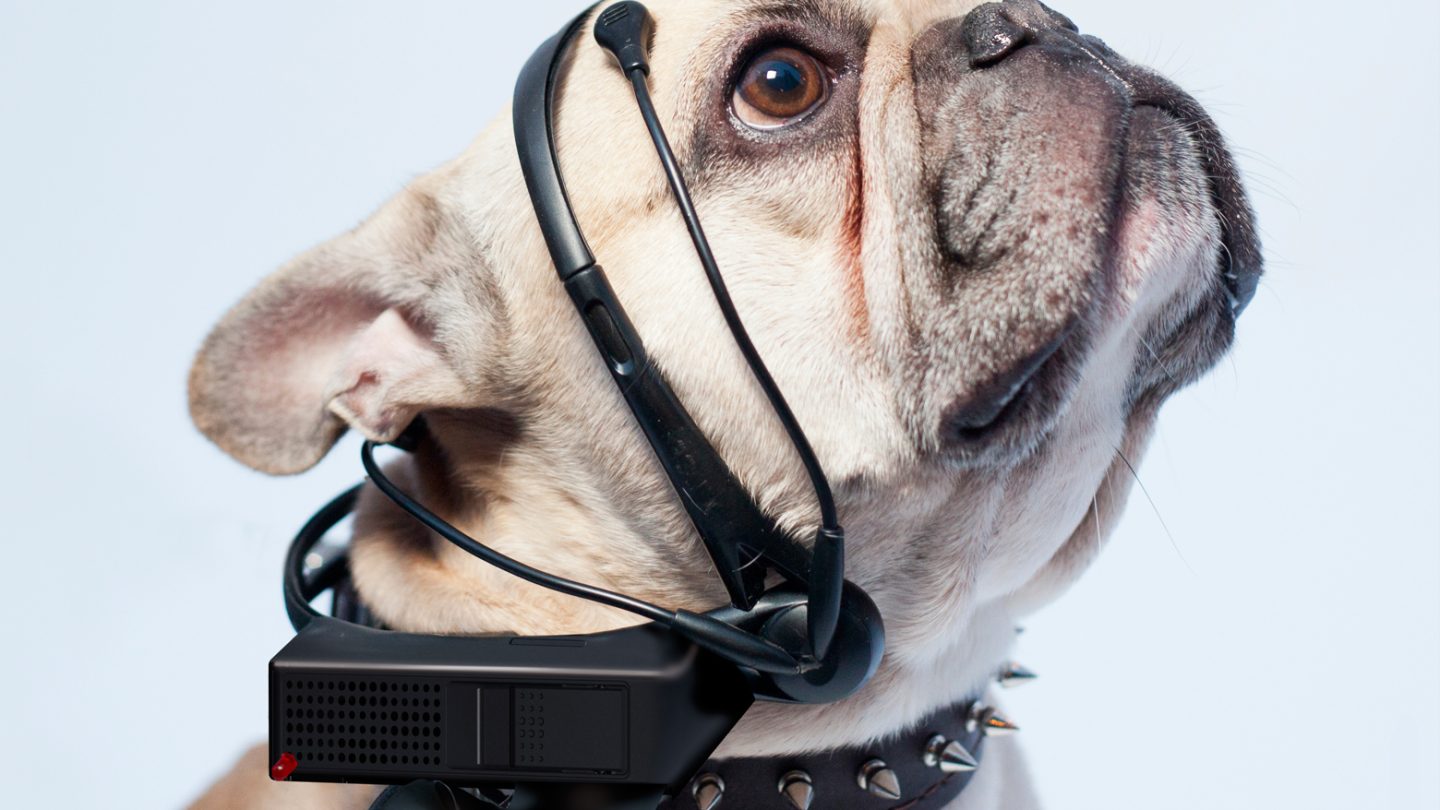 In 2013 a group called NSID (Nordic Society for Invention and Discovery) launched a crowdfunding campaign on Indiegogo for a canine wearable called No More Woof. The product was supposed to read your dog’s brain and translate their feelings into plain human language. The demo video looked promising and backers lined up to support the company to the tune of $22,664. Now, four years since the campaign and three years since the last time the company actually publicly addressed its backers, it is finally admitting that the thing never really worked in the first place.

As IEEE Spectrum reports, the No More Woof doggy headset was launched as a crowdfunding campaign well before NSID had any idea if it could pull off what it claimed. NSID insisted that the headset’s ability to read and translate brain activity through an EEG was a foregone conclusion, suggesting that because a dog brains “are less complex than humans” it was easy to determine whether they were angry, happy, tired, or curious. In fact, the company’s own website states that the only real hurdle they needed to overcome was finding a way to make the device comfortable for the dogs.

The project was successfully crowdfunded by over 200%, and then the backers waited, waited, and waited some more. NSID went dark, and it wasn’t until No More Woof’s original projected delivery date did the group come forward to tell backers that the device would be delayed. At the time, the company offered backers a refund but noted that they really hoped people would be willing to hang on for the eventual release.

That email in 2014 was the last time backers heard from NSID. That is, until they resurfaced just one week ago to post an update to their Indiegogo page. “Thank you everyone that believed in this,” the update reads. “Sadly, after a lot of time and money spent, it became clear that this project became too expensive to continue.”

Then comes the real dagger, which is that the headset never really did what it was supposed to: “We spent more than two years,on and off in our spare time working on this for no salary! We invested heart, soul and a lot of money in developing a prototype which still indicates that this can be more than a dream.”

NSID, which insists that it spent more money attempting to develop the headset than they raised in the campaign, is again offering to refund disgruntled backers, and if you visit the No More Woof comments page you’ll find no shortage of them. Oh, the joys of crowdfunding.