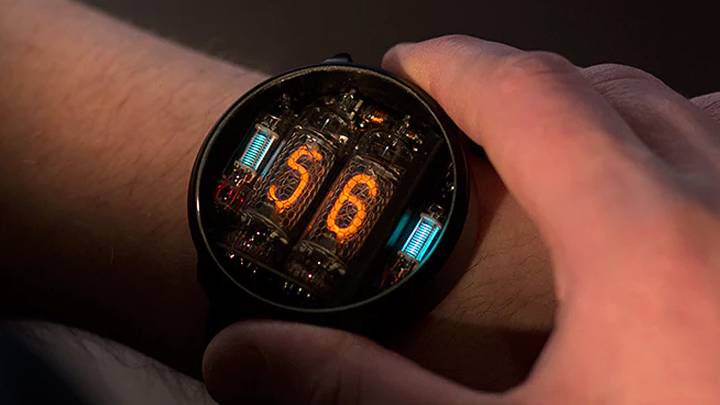 With all the talk about smartwatches in recent years maybe it’s time for us to all just take a moment to appreciate how awesome old — really, really old — timekeeping technology actually was. The NIWA Nixie tube watch is a great example of that, and it’s also an absolutely insane thing to wear on your wrist. That being said, I absolutely want one, and you probably will, too.

Ditching those pesky LCD and OLED displays for something downright primitive, this retro watch uses extremely old-school tube technology to display the time. It’s got plenty of steampunk flair, but aside from its obviously eye-catching aesthetics, it’s actually a rather impressive feat that designers Alexander Avramenko and Yauheni Artsimouski managed to fit the tubes into a wearable at all.

As you might imagine, these old tube displays aren’t exactly the most energy efficient, so in the name of power management the NIWA watch has a built-in gyro sensor to detect wrist raises and only powers up the tubes when it knows you need to see the time. The watch can be fully charged in just three hours, and will last up to six days before needing to be juiced up again.

If you’re worried about the outdated technology eventually deteriorating and breaking down, NIWA is providing a full lifetime warranty for the tubes, and even includes a pair of replacement tubes with each purchase, so you always have some spares.

So, how much does it cost to live in the past? The current Kickstarter campaign for the watches has them priced at $390 each for early birds, and $420 for the bulk of pre-orderers.