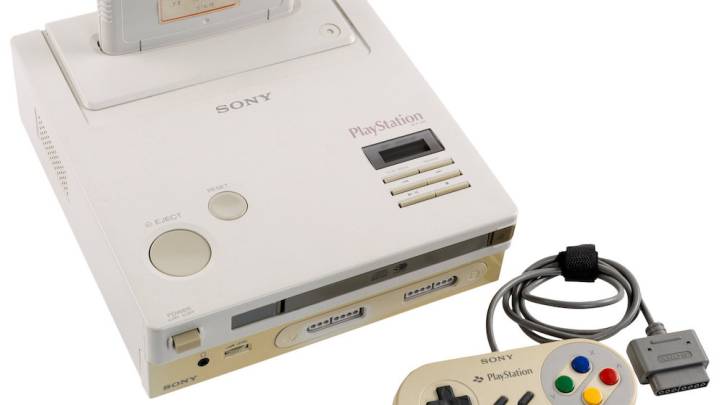 A few years ago, a photo of a Nintendo PlayStation prototype — arguably the rarest video game console in history — made its way online. It admittedly sounds crazy, but there’s actually an interesting backstory to a console that, at first glance, sounds completely made up.

As the story goes, Sony and Nintendo back in 1988 inked a deal whereby Sony would provide Nintendo with CD-ROM drives for the SNES. The thinking, at the time, was that the SNES would be able to play traditional Nintendo cartridge games along with disc-based games via Sony’s CD-ROM technology.

Ultimately, the hybrid device never saw the light of day as the two companies ultimately couldn’t work past a variety of licensing issues. In short, money ended up killing a console that could have easily altered the trajectory of gaming for years to come.

Before the deal was axed, an estimated 200 prototypes were manufactured. And while most have seemingly vanished from existence, a working and fully operational Nintendo PlayStation prototype surfaced back in 2015.

And now comes word that you can put in a bid for this particular relic of gaming history via Heritage Auctions. The current bid stands at $48,000 and is likely to rise even higher before the auction ends on February 27.

The auction write-up on the console reads as follows:

At one point, this dual-branded prototype’s existence was mere myth, and this is the very first time it will ever be offered at public auction. It is said to be the last remaining prototype of the alleged 200 that were forged from the failed joint-venture between Sony and Nintendo, two of the biggest competitors in the home console video game market. Reportedly, the other prototypes have since been destroyed. We at Heritage can attest the prototype is working, as we’ve played a couple of rounds of Mortal Kombat on it using a Super Famicom cartridge.

The prototype does share some exterior similarities with both the Super Nintendo and the Sony PlayStation, but it has its own, unique characteristics as well. It has not only a slot for Super Famicom and Super Nintendo games, but a CD-ROM drive that was meant to play disc-based media and presumably video games as well. Though the CD-ROM drive was not currently working when it was found in 2009, it has since been repaired by Benjamin Heckendorn, a YouTube personality known for his console repair videos. It now has the ability to play music CDs like the commercially produced PlayStation, but there is no proprietary software that’s known to have been made during the prototype’s development.

The prototype’s small screen on the top of the console shows the user which music track is currently being played from the CD, allowing the user to listen to their own music and play a cartridge-based game at the same time. It also has a headphone port and independent volume dial on the front of the console, to the left of the two controller ports. Turning the console over to look at the bottom, it has a label with what appears to be a handwritten “2.” The meaning of this number is unclear. Looking at the back of the console, it has standard AV Out, S-Video, and the Super Nintendo’s Multi-out ports. However, it also has a mysterious port simply labeled “NEXT,” and its purpose is considered to be unknown.

Both the console and the controller show some signs of aging that were characteristic of the Super Nintendo. Presumably, these pieces are made from the same type of plastic that the Super Nintendo was made from: acrylonitrile butadiene styrene, or ABS for short. This plastic is naturally flammable, so it was often treated with flame retardants, Bromine being the most common. As bromine is exposed to ultraviolet radiation, it oxidizes and causes the yellowing color. Since the shell of the console is made up of different pieces, it’s possible the ratio of ABS to flame retardant was mixed more accurately for some pieces of the shell than it was others.
Also included with the lot is what is often referred to as either the “boot cart” or “debugging cart” which allows the system to activate the CD-ROM port as well as access the console’s Super Disc operating system. The casing is in the shape of a Super Famicom cartridge, and does have the “Nintendo Super Famicom Cassette” text impressed into the back portion of the shell. A handwritten label adorns the front where a commercially produced label would typically go. It shows a date of either October 6th, 1992 or June 10th, 1992. The date is unconfirmed.

At one time, this particular unit was owned by the founder, first president, and first chief executive officer of Sony Computer Entertainment, Inc. Olaf Olafsson. Olaf eventually left Sony to join Advanta Corporation, and became its president in 1998. A little over a year later, Olaf left Advanta to join Time Warner — but he left his Nintendo PlayStation prototype behind at Advanta. Roughly around this time, Advanta filed for bankruptcy and began gathering up everything in their corporate office to sell at auction. As the story goes, the Nintendo Play Station prototype was grouped together with some miscellaneous items that was boxed up with a group lot, the contents of which were veiled. A nice Easter egg for the winning bidder, indeed!

By far, this is arguably one of the most notorious, mysterious, and controversial artifacts of the video game industry. This prototype has been around the world and back again, admired and appreciated by video game enthusiasts from all over. Even though this is the closing of this portion of its narrative, it will continue to remain a pivotal piece of video game history no matter where it ends up.