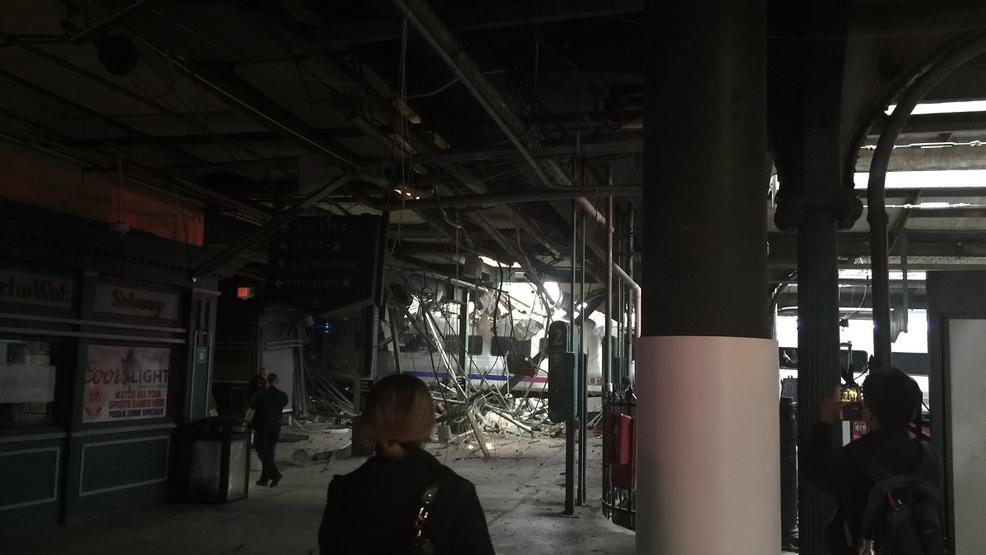 An NJ Transit train crashed into the station in Hoboken on Thursday morning, with dozens of people being injured following the accident.

Pictures that emerged on social media soon after the event showed extensive damage to the station. At least one of the NJ Transit cars appeared to be inside the building, NBC New York reports.

It’s not clear at this time what caused the accident, with Hoboken police chief telling NBC that there were “mass injuries.” Fire officials say that a possible derailment may have caused the crash. NBC says there are “no initial signs Hoboken train crash was terror related or deliberate act.”

The New Jersey EMS is currently reporting more than 100 patients, with some people being trapped inside the train an hour after the accident.

The train was number 1614 on the Pascack Valley Line. It departed Spring Valley at 7:23, and was supposed to arrive in Hoboken at 8:38.

According to an NJ Transit spokesperson, more than 100 people were injured, and most of them are critical.

At least one fatality has been reported.

Following the #Hoboken train crash this AM. Every medic, cop & firefighter is here. MANY injuries. pic.twitter.com/YyrfinYfHo

Disaster this morning for the NJ commute. Train ran right through the Hoboken terminal pic.twitter.com/nnTpZwzwUs