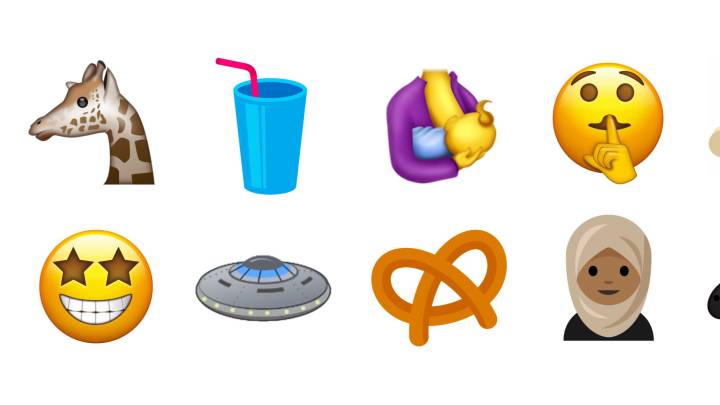 We all love emoji, don’t we? Well, ok, maybe not all of us love them, but they sure come in handy. And there’s no stopping the Unicode Consortium, which keeps churning out more or them on a regular basis. Case in point: the organization proposed 51 brand new emoji for acceptance in Unicode 10.

According to Emojipedia, the new emoji include a giraffe, zebra, vampire, “shhh” face, starry-eyed face, woman in hijab, bearded man, and breastfeeding.

Aside from faces and hand gestures, there are more types of food on the list, including soda/milkshake, pretzel, broccoli, coconut, and sandwich.

If giraffe and zebra don’t quite cut it for you, dinosaurs are also coming, including a T-Rex and a Sauropod — assuming, of course, the list will be approved.

Clothing items such as socks, gloves, and a coat, are also present. Activities including rock climbing, sauna, yoga/meditation also made the list.

If that’s not enough, then you should know Unicode 10 proposes other emoji that would be appropriate to use in unexpected situations, such as the events on Tuesday. “Shocked face with an exploding head” is a perfect reaction to Donald Trump winning the elections if you’re a Hillary supporter. As is the barfing emoji or the cursing face. If you voted Trump, then you can use any of the “grinning face with star eyes,” “grinning face with crazy eyes,” or the “shhh” face we mentioned above.

Unicode 10.0 is set to be released in mid-2017, which is when the final list of new emoji should be expected. Once approved, the emojis will be available on iOS, Android, and on various other platforms.