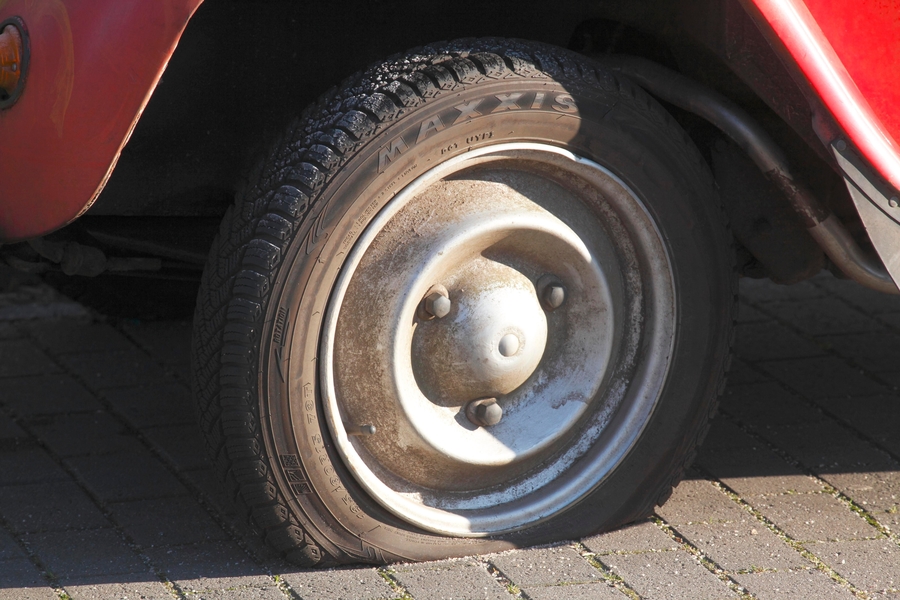 GM and Michelin are working on a prototype tire design they unveiled this week which will start being tested on Chevy Bolts later this year — and, more importantly, is intended to eliminate the prospect of blowouts and flat tires once it’s put into use on production cars. The design was introduced this week at an event in Montreal and is being called the Uptis, which stands for Unique Puncture-proof Tire System.

The new tires feature a familiar tread pattern on the outside and rely on a combination of rubber and synthetic compounds, along with fiberglass embedded with resin. There are no sidewalls, and the tires also can’t be inflated.

These tires are estimated to start going on to production vehicles in about five years, or as soon as 2024. Other GM competitors like Bridgestone-Firestone, are also said to be working on airless tires, which are being touted for their environmental benefits. Tire production is of course not environmentally friendly, and new tires like the Uptis also mean you wouldn’t need to carry an extra tire as a spare in the back.

GM is still determining a price for the Uptis, which will depend in part on volume. GM senior vice president of Global Purchasing and Supply Chain Steve Kiefer, according to the Detroit Free Press, noted that the tire design is “a great example of how our customers benefit when we collaborate and innovate with our supplier partners.”

CNBC notes that most major tire manufacturers are hard at work on this same thing, but the challenge is settling on a design that can match current tire designs in terms of things like performance, cost, and energy efficiency.

According to Michelin’s head of research and development Eric Vinesse, the Uptis will be equally as fuel efficient as a conventional tire. Other benefits of the new tire design, per CNBC, include a lower cost and longer lifespan than conventional tires.