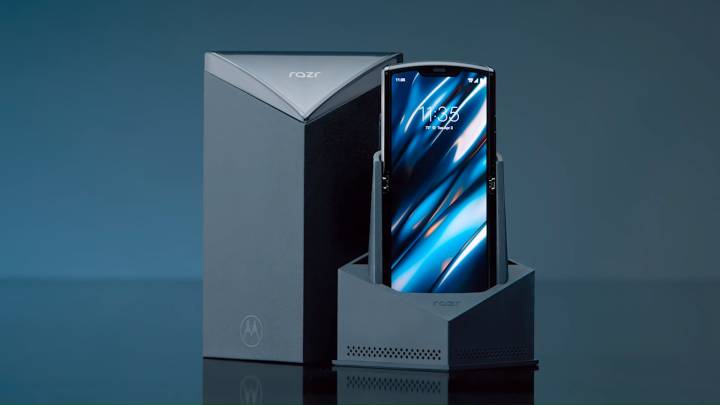 I’ve said this before, but Samsung deserves credit for boldly failing where no other company dared to fail before, referring to the botched launch of the Galaxy Fold. Samsung needed to redesign a few key aspects of the Fold to make sure the handset wouldn’t be destroyed on the first day of use, which is exactly what happened during the first week of reviews last April. Those experiences sent Samsung back to the drawing board, and the end result was a phone that still shipped with multiple warnings inside the box.

The screen of the $2,000 phone was the most susceptible to breaking, which is because it’s not made of glass, but instead of a polymer that can be scratched and pierced with relative ease. While Samsung might permanently fix that with the Galaxy Z Flip phone that should be unveiled next month, Motorola may have a similar problem with its new Razr. There are no incident reports concerning the clamshell phone yet, but a concerning video from Motorola explains that it’s normal for the Razr’s screen to have bumps and lumps on it.

The last thing you’d expect on a phone, even a foldable one, is imperfections on the screen. Sure, the screen might crease because it has to bend, but bumps and lumps do not sound like features you’d want from a 2019 smartphone screen. Motorola posted a few Razr videos on its YouTube channel over the weekend, including one titled Caring for Razr. That’s where it tells customers that those bumps and lumps are to be expected:

Then, the clip says the foldable screen “has protective coating,” as if it’s trying to put your mind at ease that it won’t break. However, the very next shot warns you to “avoid sharp objects.” And then it tells you not to use a screen protector. Okay, the last one makes sense. There’s no way accessory makers can design screen protectors sophisticated enough to protect the plastic display of a foldable device and avoid any part of it breaking.

As a reminder, the Galaxy Fold shipped with what appeared to be a pre-installed screen protector, one that destroyed the screen once reviewers tried to remove. It turns out that layer wasn’t exactly a standard screen protector, and a flaw in Samsung’s design allowed users to rip it off, ruining the phone.

Finally, the Motorola clip also tells you to fold the phone when placing it into a purse or pocket, as if Razr fans need to be told to flip the phone before they pocket it. After all, that’s the phone’s best feature.

It’s likely that if you care for the Razr as instructed, you won’t run into any incidents. But Motorola makes it clear that you can do some serious damage if you aren’t exceedingly careful. In other words, the Razr might be just as fragile as the Fold. So you might want to see one in stores before paying $1,500 for a cool-looking mid-range phone. If you’re confident you won’t break it, then you can preorder it from Verizon right now.

There’s one other thing you should know. The Galaxy Z Flip might be the first foldable phone to ship with an ultra-thin layer of glass on top of the OLED screen. It’ll have a crease in the middle, leaks say, but it might be more durable than the Razr. And the Z Flip is also expected to deliver 2019 flagship-grade specs, which would make it a much more powerful phone than the Razr, which won’t compete when it comes to specs.