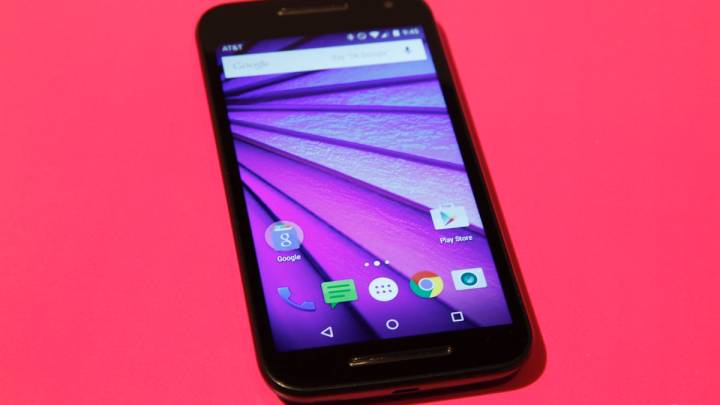 While the Galaxy S8 and the LG G6 have been hogging all of the headlines lately, expensive flagship devices aren’t the only Android phones worth getting excited about. Year after year, Motorola has been improving upon its budget Moto G line, and based on the latest leaks, the streak will continue in 2017.

Over the weekend, Portuguese tech blog 4gnews discovered a listing for the Moto G5 on the website of Brazilian retailer Bemol. According to the listing, the Moto G5 will come equipped with a 5-inch, 1080p display, Qualcomm Snapdragon 625 processor, 4GB of RAM, 32GB of internal storage (expandable with microSD card) and 3,000mAh battery with Turbo Charge, all running on Android 7.0.

The phone will also feature a 13-megapixel rear-facing camera with LED flash and a 5-megapixel front-facing camera, as well as NFC, Dual-SIM and Android Pay support. So while the display might be smaller than that of the G4, the upgraded internals should help balance things out for those considering an upgrade.

Along with the G5, a listing for the Moto G5 Plus was also uncovered, with a few notable enhancements over the standard model. Although the RAM and processor are identical, the Plus model will reportedly feature a larger 5.5-inch display and slightly improved battery life with a 3,100mAh battery in tow.

In addition to the G5 and G5 Plus, Motorola is also expected to introduce a follow-up to the Moto G4 Play — the ultra-affordable model of the Moto G line that made its way to market last fall. We expect to learn much more about the new Moto G phones at Mobile World Congress next month.