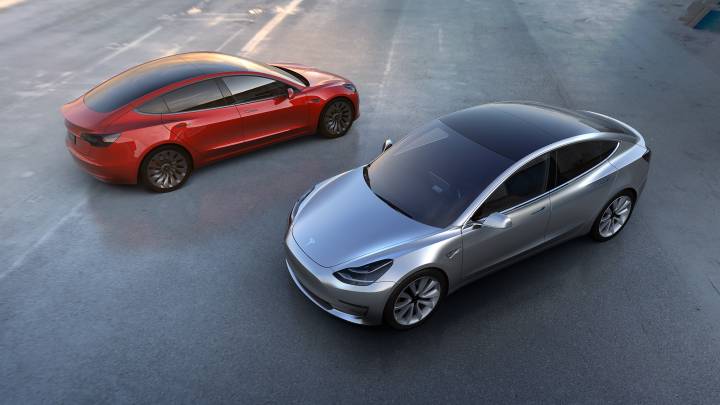 In typical Elon Musk fashion, the Tesla CEO took to Twitter today and seemed to promise that the company’s highly-anticipated Model 3 may include a feature that no one previously thought possible. Specifically, Musk said that Tesla may offer Model 3 buyers the option to upgrade their vehicle with solar panels embedded in the roof.

DON’T MISS: Forget the iPhone 8, this all-screen iPhone SE is all the smartphone you need

In light of the forward-thinking solar roof technology Elon Musk unveiled last weekend, there has apparently been some buzz about integrating the same type of technology into Tesla’s cars. Indeed, Musk himself earlier this week said that Tesla has been working on a new type of glass for the Model 3.

“It is using a lot of techniques from the automotive glass business,” Musk said recently, “and in case it wasn’t obvious with the announcement, Tesla has created a glass technology group with some really phenomenal people.”

Naturally, the Tesla rumor mill quickly went to work. Addressing such rumors, Musk didn’t downplay them but rather encouraged them with a series of intriguing tweets.

We will probably offer that as an option

Imagine that: a car that charges itself simply by being out on the road and under the unwavering power of the sun. Apparently, that’s the type of future Elon Musk has in mind for those of us who won’t already be living on Mars. Now this all sounds rather cool and quintessential Tesla, but we can’t realistically see this being anything worth getting excited over. Given the size of the Model 3 roof, user’s would be lucky to eek out an extra mile or two of range per day with Musk’s hypothetical solar roof.

And perhaps in a sign that we’ve reached Peak Musk, here’s how the revered Tesla CEO responded to a question on Twitter about this usability limitation.

Regardless, you’ve got to give Musk credit for thinking big, even if he doesn’t always deliver.