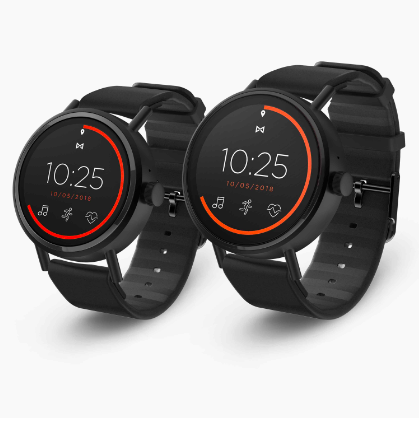 The Misfit wearables brand is hoping the second time is the charm. Last year, the first Misfit Vapor touchscreen smartwatch was plagued with a host of problems, including delays and a variety of tweaks that needed to be made, so hopefully the just-announced Misfit Vapor 2 follow-up smartwatch will have a smoother arrival.

We don’t yet have a specific launch date — the product page only lists it as “coming soon” — but nevertheless we have a rundown of the specs that will be part of the finished product. First of all, the price gets a $50 bump, up to $249.99 from $199.99 last time around. The new version packs a couple more pixels per inch into the display (328, up from 326) and also sports built-in GPS that doesn’t require the presence of a smartphone connection and displays things like run and activity routes, plus metrics and stats. This new model also support NFC and comes in 41mm and 46mm sizes compared to only one last year (44 mm).

Among the other upgrades, the outside includes a new rotating power button in addition to a stainless steel casing. As 9to5Google notes, you also get a swimproof design and several band options in addition to black, silver and rose gold colors. Additionally, both models have roughly the same size thickness — 11.2mm for the 41mm model, which includes a 1.19-inch OLED display. The 46mm model is 11mm thick and sports at 1.39-inch OLED display.

This new model still runs Wear OS and utilizes a Qualcomm Snapdragon Wear 2100 processor, so you’re not getting the most current chipset there. It also includes a “redesigned” heart rate monitor, and has Google Assistant built in. Battery life should be about a day on one charge, and you’ll be paying $249 no matter which model you get.