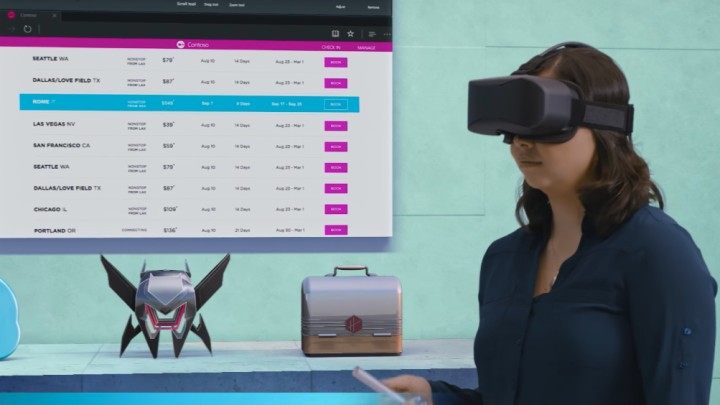 Virtual reality was the shiny new toy that all the early adopters were blowing huge wads of cash on, but then Microsoft came along and said that it was going to make VR affordable with headsets as cheap as $299. Now we know exactly what kind of a computer you need to be able to run Microsoft’s budget-friendly virtual reality hardware.

DON’T MISS: Jony Ive may no longer be ‘directly involved’ with designing the iPhone

First, let’s keep in mind that the minimum system specs for the two big dogs on the VR block — the Oculus Rift and HTC Vive — are pretty beefy for casual users. A graphics card on par with a GTX 970, an Intel i5 4590, and 8GB of RAM are basically the bottom floor when it comes to Vive and Rift-ready PCs. You can probably get away with 4GB of memory, but even that would be pushing your luck. If you want something that meets recommended specs you’re looking at an even pricier build, and don’t even think about building a top-of-the-line rig without a couple thousand dollars ready to burn.

Microsoft, on the other hand, is shockingly lax in its requirements. Using its Windows Holographic platform, Windows 10 will test your computer to verify that it meets its own minimum specs. Here’s what it’s looking for:

Those are some seriously low-end specs. Many graphics cards released as far back as 2010 offer DirectX 12 support today, such as the GTX 570, though you’d never dream of installing one in a modern gaming PC. Likewise, quad-core CPUs have been the standard for the better part of a decade. The 4GB memory requirement is also an easy hurdle to clear.

It’s funny to think about, but the fact that the new crop of Microsoft-approved VR headsets will require a USB 3.0 port might be the only thing stopping some would-be buyers from plugging them into a computer from 2010 or even earlier. Now, just exactly how Microsoft’s Windows Holographic platform will turn these computing relics into VR-capable dream machines is still to be determined, and it’s probably safe to say that if you want the best virtual reality experience, updating your aging rig can’t hurt.