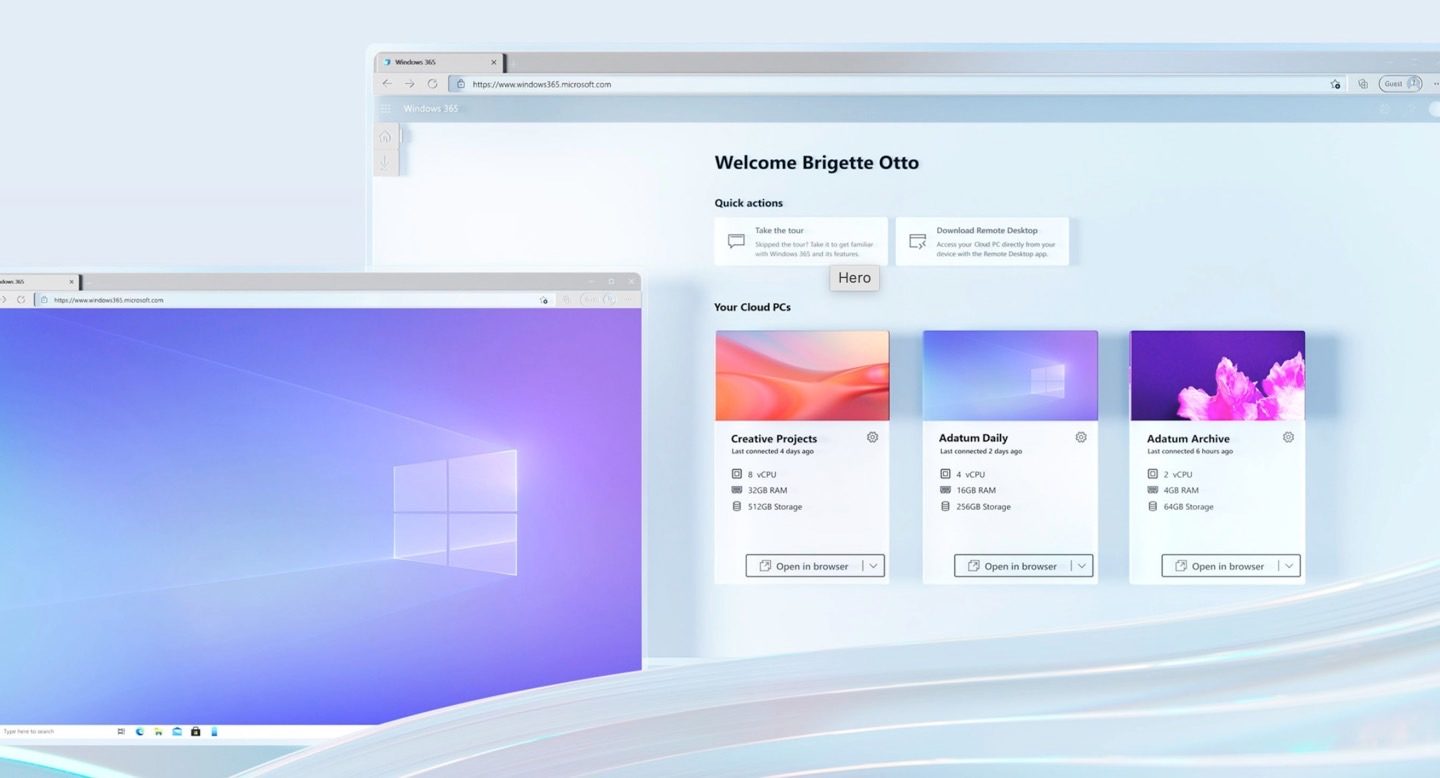 What if you could run the full Windows 10 or Windows 11 experience on the iPad you’re carrying around everywhere with you? Microsoft actually has a product that does that: The brand new Windows 365 lets you create and customize a Cloud PC. You can then access it securely from any device that supports internet browsers. Even an iPad.

Windows 365 is a cloud-based Microsoft experience that targets businesses. The product might help companies rethink their strategies when it comes to upgrading their fleet of Windows devices. Rather than continuously investing in new hardware, some businesses might want to keep their current PCs and get Windows 365 PCs for their employees.

The Windows 365 Cloud PC comes with customizable hardware. You can choose how many cores, how much RAM, and how much storage a workstation requires. It can all be changed after the fact, in real-time, if a particular Cloud PC needs more resources to get the job done.

That PC is tied to a single user who can then access their remote desktop from anywhere in the world.

How to get the Windows 365 Cloud PC

After configuration, the Cloud PC is always there, ready to let you pick up where you left off. You can access it via a browser or an app. To get back to the iPad example, you can choose between Safari and a dedicated iOS app.

You’d access your Windows 365 PC similarly from any other device that can run browser apps.

The Cloud PC is encrypted, and the data is encrypted as it’s streamed to you. That’s the key thing about Microsoft’s Cloud PC. You need an active internet connection to use it. Microsoft explains in a video that if you can stream video on your current device, then Windows 365 works. And the Cloud PC’s connection is more formidable than most home setups.

But once set up, the Cloud PC will offer you an instant-on experience. You’ll get all your documents just as you left them the last time you “opened” your work PC. And you’ll be able to roll back the Cloud PC to previous states if you’ve deleted anything by mistake.

Windows 365 will launch on August 2nd, but it will only be available to businesses. You can expect a per-user monthly subscription cost, in line with what’s available from other 365 experiences.

It’s unclear at this time when commercial users will ever get access to the product. There might be regular Windows users who might want a similar Cloud PC experience without getting one from their employer.

What does a Cloud PC cost?

Microsoft doesn’t say what the Windows 365 pricing structure is. And things aren’t as easy as with Microsoft 365.

You’ll be able to customize the Cloud PC’s hardware depending on your organization’s needs. Or have your company’s IT department configure your virtual Cloud PC based on the kind of performance you require for getting work done.

The idea of running Windows in the cloud isn’t new, and Microsoft already offers an alternative to interested customers. But Windows 365 is going to make the entire thing a lot simpler. IT departments can customize a Cloud PC within minutes, and users will be able to log into their remote workstation as soon after that initial setup.

You can check out Windows 365 in great detail at this link while you wait for it to become available. The more detailed Microsoft Mechanics video below gives us an actual look at what the Windows 365 experience will look and feel like, including on the iPad: