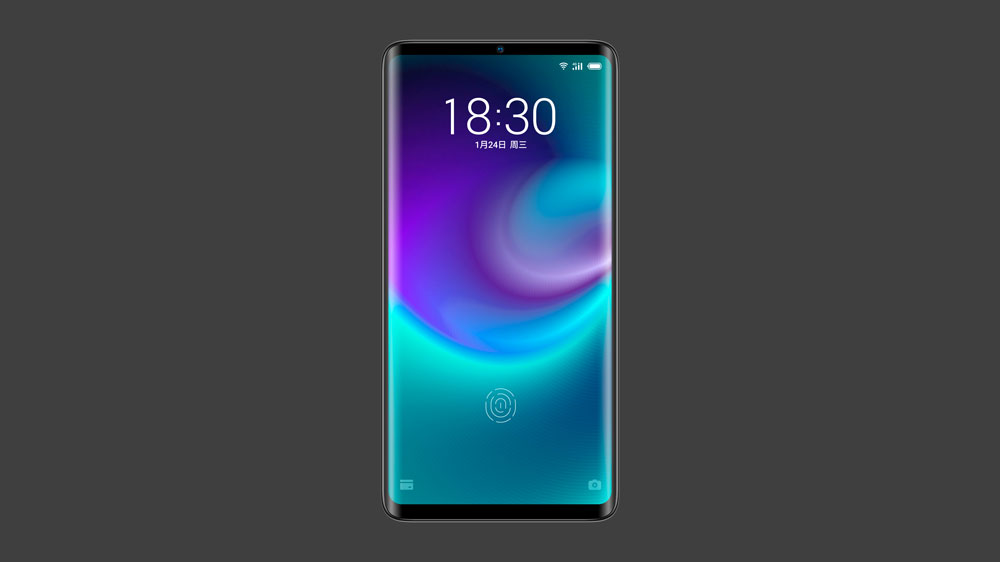 We’ve been talking about the perfect smartphone design for a few weeks now, ever since Vivo started teasing its “Waterdrop” phone that should be introduced on Thursday in China. But a different Chinese smartphone maker beat Vivo to the punch, announcing a similar phone one day earlier. The device is, at least on paper, a marvel of technology that offers features that aren’t available on any other device, including the latest iPhone XS phones or the upcoming Galaxy S10.

The Zero, made by Meizu, is a phone that has no buttons or holes of any kind. While many smartphone makers have already retired the 3.5mm headphone jack, the Zero doesn’t even have a USB-C charging port. Instead, the phone is supposed to connect to other devices, including computers, via Wireless USB technology. Meizu says the technology supports wireless USB 3.0 tech, which will grant the phone “unrivaled transmission speed.” Wireless USB isn’t a popular technology right now, though.

The phone has no speakers either, which were replaced by Meizu’s mSound 2.0 in-screen sound technology that turns the display itself into a speaker. If that kind of tech sounds familiar, that’s because Samsung developed its own sound-on-display tech that we may soon see on the Galaxy S10. Several other companies also use similar tech on phones and even TVs.

More interestingly, the phone has no physical buttons whatsoever. The Zero features an in-display fingerprint sensor, while a “Virtual Side Button” lets you turn the phone on and off or adjust the volume. Meizu’s mEngine 2.0 haptic engine delivers the tactile feedback when you press a virtual button.

And yes, you may have guessed this already, there’s no SIM card tray on this device either. Instead, it comes with eSIM support, which means the phone will work only on carriers that support the functionality.

Finally, one of the phone’s best features concerns battery charging. The Zero comes with support for 18W fast wireless charging, which is branded as Super mCharge Wireless technology. The company said in a press release that the technology allows it to reduce heat generation significantly. Also cool is the fact that the phone comes with its own wireless charger in the box, so you won’t have to buy one.

The advantage of a design like this is that the phone will be dust and water-resistant out of the box (IP68 certification) — having no holes practically ensures that water can’t get in it. However, you’ll also notice that the handset has big bezels at the top and bottom, which are bigger than what the Galaxy S10 will have to offer.

You should also know the Zero packs a 5.99-inch AMOLED screen, a dual-lens camera on the back, a ceramic body, and a Snapdragon 845 processor. In other words, Meizu apparently didn’t have access to Qualcomm’s new processor for 2019 flagship phones.

Meizu hasn’t yet revealed any pricing details for the Zero or an actual release date in any markets.