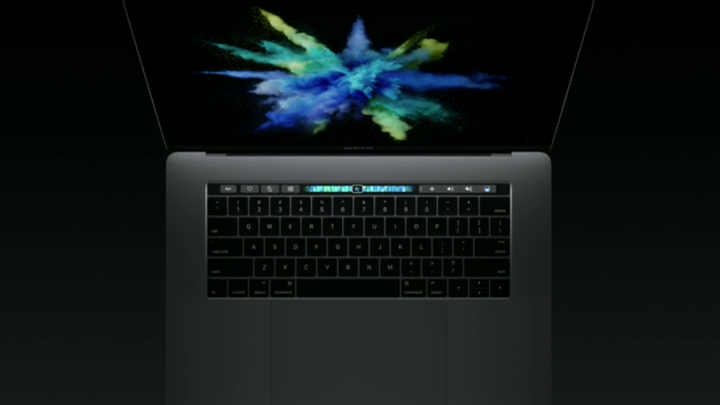 If you’re angling to get a new MacBook Pro but aren’t up for spending a minimum of $1799 to pick up a model featuring Apple’s new Touch Bar, Amazon is currently selling Apple’s entry-level 13-inch MacBook Pro (sans the Touch Bar) for just $1399. All told, that represents a $100 discount compared to what you’ll find anywhere else.

Spec wise, the machine sports a 13.3-inch display, a 2.0 GHz dual-core Intel Core i5 processor, a revamped keyboard design, 8GB of RAM, and 256GB worth of storage. Sure, you may not get Apple’s newfangled Touch Bar, but seeing as how it’s been quite a few years since Apple refreshed its MacBook Pro line in a meaningful way, this particular deal is worth paying attention to if you need a new machine and aren’t keen on breaking the bank this holiday shopping season.

For what it’s worth, reviews of Apple’s new MacBook Pro line up have been mostly positive. The Touch Bar aside, reviewers have found the machine to be faster than the specs would otherwise indicate. Additionally, battery life was found to be superb.

We should also mention that Apple’s new MacBook Pro models are incredibly light and weigh in at just a hair over 3 pounds. If you’re still toting around an old Apple notebook, you’ll definitely notice an immediate weight difference once you upgrade to one of Apple’s newer models. In effect, Apple managed to roll out a MacBook Pro in a MacBook Air’s body.

To this point, Ars writes:

At 3.02 pounds, the new Pro is around half a pound lighter than last year’s and roughly the same weight as the 13-inch MacBook Air. I’m jumping from the 13-inch Air to the 13-inch Pro since I can’t quite live with the 12-inch MacBook’s performance or its individual port, so if you’re making that jump the laptop is going to feel exactly the same in your bag. The weight savings is noticeable but not life-changing if you’re coming from an earlier Retina model, but remember that it’s a full 1.5 pounds lighter than a pre-Retina, 13-inch unibody Pro—if you’re coming from one of those older machines, it makes a huge difference.

Make sure to check the deal out over at Amazon while it’s still hot.