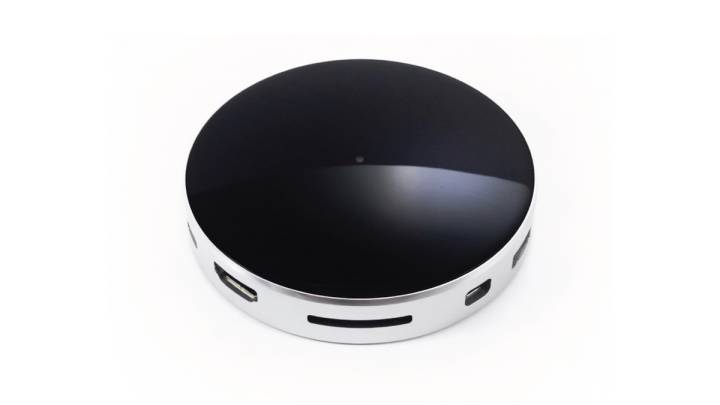 Apple’s solution to the new MacBook Pro‘s lack of conventional ports is dongles. A lot of dongles. $250 of dongles, actually.

But if you’re not a fan of carrying around a bunch of white pieces of floppy plastic, there are other options (apart from buying a different computer, I mean). The most visually appealing is the Arc Hub, a new concept that sticks all the ports you’ll ever need into an elegant circular hub.

Despite the fact that just looking at it makes Jony Ive’s dulcet tones appear inside my head, it’s not actually designed by Apple. Instead, it’s been conceived by a tiny Californian startup you’ve probably never heard of.

DON’T MISS: Best Buy’s Black Friday sale includes a killer deal no other store else has

Bourge Design first came out with the Arc Hub back in April of this year. Originally, it was intended primarily for the Retina MacBook, which only has one USB-C port. But looking at the design and list of features, it’s undeniably perfect for new MacBook Pro owners feeling jilted by the lack of ports. HDMI port? Check. SD card port? Also check. Of course, there’s also two USB-3.0 ports, a Mini DisplayPort and two USB-C ports.

The addition of USB-C is why I really think Apple needs to pick this up for sale in its official store. It’s got just enough ports to be backwards-compatible, but it also won’t be obsolete when USB-C becomes the defining standard.

The hub is available for pre-order right now, with the hub plus a USB-C cable costing $105. That’s actually well on the lower end of comprehensive USB-C compatible docks.

Of course, the usual caveats apply when pre-ordering an optimistically cheap product from an unknown company — there’s no guarantee the product that lands in your mailbox will be what was described, and there’s no guarantee it will ever land in your mailbox. But if you’re terrified of a dongle-filled hell-future, $105 seems like a small amount of money to gamble on your sanity.