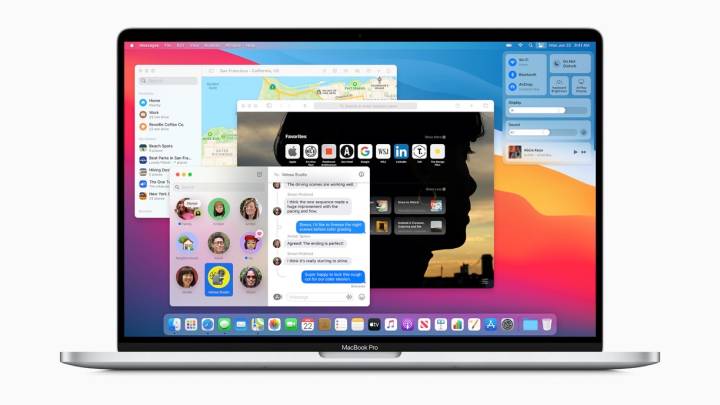 Apple will hold its third virtual press event in as many months next week, the “One More Thing” event that was announced a few days ago. The company is widely expected to finally introduce its biggest MacBook update in years, the one it teased this past summer. The late 2020 MacBooks will not deliver a major external design change, but they will feature a hardware component that’s never been used inside a traditional computer before. Apple’s upcoming MacBook Air and Pro models will feature custom processors based on the A14 Bionic chip that powers the iPhone 12 series and the new iPad Air. Apple has never used A-series processors inside Mac computers before. But Apple confirmed at WWDC 2020 that it will move all of its Macs from Intel to Apple silicon, and it said the transition would begin in late 2020.

The A14 Bionic is the best mobile chip in the industry right now, as has been the case for all of its predecessors. But the MacBooks that will use A14 processors will pack customized chips. Apple has only talked about the A14 Bionic so far, without addressing the specific new Apple chips that are coming to the Mac line. But a new leak offers us the first details about this key MacBook component.

The A-series chips released in the last few years have consistently outscored MacBoos in benchmark tests, prompting speculation that future A chips would be adapted to work on Macs. With laptops and desktops, Apple doesn’t have to worry about internal space or heat dissipation as much as it does with the iPhone and iPad. This allows Apple to create customized A14 variations that could pack more cores and run at a higher frequency than the A14 Bionic.

That was just speculation. But with a few days to go until Apple’s event, Apple Insider found a Geekbench 5 listing for a device believed to be an Apple Silicon Mac. The device isn’t identified properly, so it’s unclear what we’re looking at. The listing can’t be easily found on Geekbench’s website.

According to the report, the “A14X” powering this mysterious Mac scores 1634 and 7220 in single-core and multi-core tests. The 16-inch MacBook Pro with an Intel Core-i9 chip inside reaches 1096 and 6869 in the same tests. That makes the A14X processor significantly faster than the best Intel chip you can put in the MacBook Pro right now.

According to Apple Insider, the A14X is clocked at 1.80GHz and supports turbo-boosting to 3.10GHz, making it the first A-series processor to support speeds above 3GHz. The chip has eight cores in a bigLittle arrangement, up from the six cores of the A14 Bionic. The chip is also paired with a GPU featuring 8GB of RAM in the configuration that was tested on Geekbench 5.

According to CPU-Monkey, the A14X supports both LPDDR4 and LPDDR5 RAM, and the memory can go up to 32GB. The thermal design power (TDP) sits at 15W. Comparatively, the A14 Bionic inside the iPhone 12 has a TDP of 6W.