Apple is virtually guaranteed to release two new MacBook Pros tomorrow. This is a good thing, because the MacBook Pro lineup is in dire need of an update. Adding an OLED touch panel and a Touch ID sensor is a smart move, even if I am going to be left fidgeting for an Escape key for the rest of my life.

But good or not, the MacBook Pro isn’t the new laptop to get excited about. That would be the refreshed MacBook Air, which, like a tiny spoiled child before Christmas, I’m hoping appears under Santa Cook’s tree tomorrow.

DON’T MISS: The iPhone 7 Plus Portrait Mode keeps screwing up

I’ll always have a soft spot for the MacBook Air. It was the first Apple laptop I owned, the first laptop I bought with my own money, and the much-needed replacement for an Acer laptop that got RMAed three times in four months.

It seemed unrealistically thin to do any serious work, and way too fragile to survive falls. But even without discrete graphics, it flew through web browsers and Photoshop without stopping, or dying from low battery for that. Basically, it was the perfect laptop for everyone.

Unfortunately, that Haswell i5-powered 2013 MacBook Air was the last Air to get any serious updates from Apple. For the last three years, Apple’s engineers have begrudgingly shoved a new Intel processor in every year, but the rest of the specs have gone to hell. 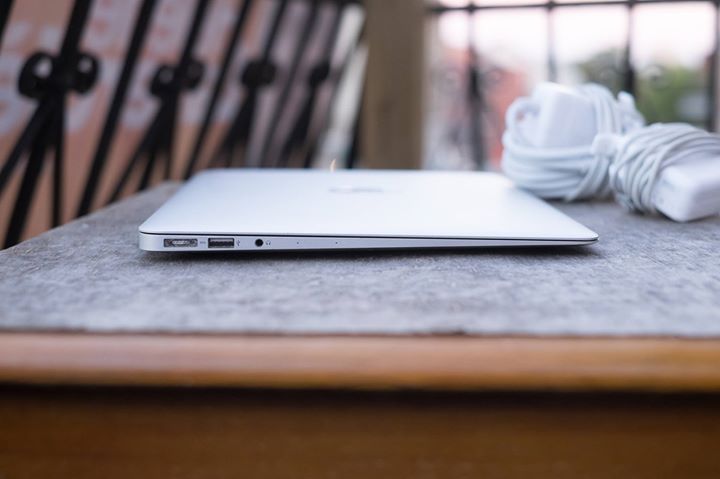 Windows manufacturers are putting out laptops that are smaller, have bigger batteries, retina displays and zero bezel. In Air-town, we’ve still got a 1440 x 900 display surrounded by a small field of bezel and Apple’s old-skool touchpad. The price hasn’t even gone down, and I’ve started telling people to spend the tiny bit extra and buy a 13-inch Pro instead.

But it really wouldn’t take much to make the Air the king of laptops again. Shrink the chassis down so it just accommodates the new 1080p display you’re going to fit, chuck in some USB-C ports for good measure, and don’t dare touch my SD card reader or HDMI port. Do all of that, upgrade the guts, keep the price the same, and Apple will have a winner on its hands.

I know, I know. Things have changed since 2013, and Apple wants people to buy the Retina MacBook. It’s cute, but it costs $1,300 for a laptop with no ports and a slow processor. It’s a great email machine, but it’s not designed for serious work. You can’t take it as your sole workstation for a month-long roadtrip, or live-blog an Apple keynote off it.

Much as Apple wants to exist in one big Mac commerical where we all sail around on yachts posting iPhone photos to Flickr, lots of people need a work machine that isn’t overpriced.

Case in point: the growth of Chromebooks, which are outselling Macs recently. They’re cheap, have USB ports, great battery life, and cost less than $1,000. You know what else fits into that category? The entry-level new MacBook Air that Apple’s going to announce.