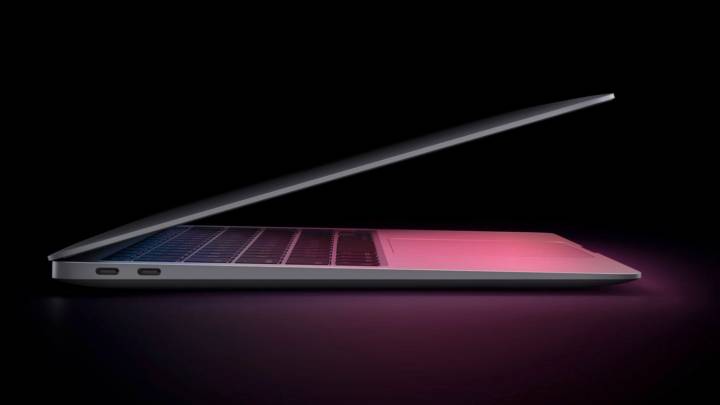 Leaks preceding Apple’s mid-April virtual press conference claimed that the next iMac would be available in a variety of color options, reminiscent of early iMac models that came in a range of bright colors. Sure enough, Apple fulfilled that prediction during the keynote. The new 24-inch iMac comes with an incredible design and seven color options that are already available to order. Anyone could have speculated that Apple might do the same thing with MacBooks in the not too distant future as soon as Apple confirmed that iMac rumor. After all, the MacBook Air already rocks a unique gold color that’s not available on the MacBook Pro. Adding more options seems like the logical upgrade for the MacBook Air, considering the new iMac’s success.

It turns out that Apple might be doing precisely that, with a trusted leaker now saying that the company might be testing at least one new color option that could be available to MacBook buyers later this year. If Apple decides to offer the new MacBook Air in a wider range of colors, it could end up being the Air’s biggest design upgrade in a very long time.

YouTuber Jon Prosser predicted the colorful 2021 iMac several weeks before Apple’s April keynote, and now he’s back with a similar rumor for the MacBook Air.

Prosser shared a text exchange with a source who claimed that Apple is going to release colorful new options for average MacBook and iMac buyers, with more somber options for Pro customers. This seems to imply that the MacBook Air is the most likely laptop to get an iMac-like color treatment.

“Recently saw a blue MacBook prototype that looked absolutely amazing. That’s all I can say for now,” the source told Prosser, without sharing any additional details about the MacBook in question or any additional color options.

Apple already has a similar strategy in place for the iPad. The 2020 iPad Air comes in five colors: Space Gray, Silver, Rose Gold, Green, and Sky Blue. But the 2021 iPad Pro only sells in Space Gray and Silver. The current MacBook Pro is available in the same two options as the iPad Pro. The MacBook Air gets the gold option, as mentioned earlier, on top of silver and Space Gray. The iMac comes in Blue, Green, Pink, Silver, Yellow, Orange, and Purple.

Colors aside, Apple is widely expected to launch redesigned MacBook Pro and Air models this year. The new laptops will bring back MagSafe charging, reports from separate sources claimed earlier this year. They’ll also feature more ports, not just the expected USB-C Thunderbolt connectors that are present on current Air and Pro models. Finally, some of the new MacBooks might lose the Touch Bar that sits at the top of the keyboard in favor of a traditional row of keys. If that’s indeed the case, we doubt many people would miss it.

The 2021 MacBooks are also expected to feature a new Apple M-series processor, likely the M2 System-on-Chip that will be the successor to the M1. Apple might also bring mini-LED displays to at least one MacBook version this year. The 16-inch MacBook Pro could be the likeliest candidate for that sort of upgrade, considering what Apple did with the 2021 iPad Pros.