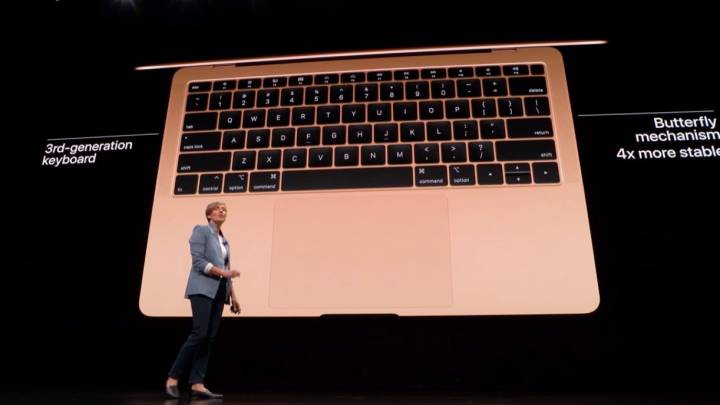 One of the worst things that can happen on a laptop is having keyboard issues. And that’s an issue that plagued a variety of MacBook models ever since Apple introduced the new butterfly keyboard on the first-gen MacBook in 2015. However, Apple is finally fixing the issue for good, starting with the 2019 MacBook Air refresh, which is getting a new scissor switch keyboard. The 2020 MacBook Pros are also coming with the same type of keyboard, an Apple insider said.

Various MacBook users complained in the last few years that debris could easily get stuck under the keys, rendering them useless. Apple came out with a solution to fixing it that required holding the laptop in strange positions and spraying compressed air on the keyboard. Later, it started a keyboard service program that covered all the MacBooks Apple launched since the first-gen MacBook. And earlier this year, it launched a MacBook Pro refresh that featured a redesigned butterfly keyboard — those MacBook Pros, by the way, are also covered by the service program.

Well-known analyst Ming-Chi Kuo said in a report (via 9to5Mac) that the new scissor switches will deliver better durability and longer key travel. The latter was also an issue with the butterfly keyboard.

The 2019 MacBook Air will be the first laptop in Apple’s lineup to get it, Kuo said, although it’s unclear when the device will hit stores. Apple is expected to refresh more MacBook models in the second half of the year and launch a brand new 16-inch MacBook Pro, according to recent rumors.