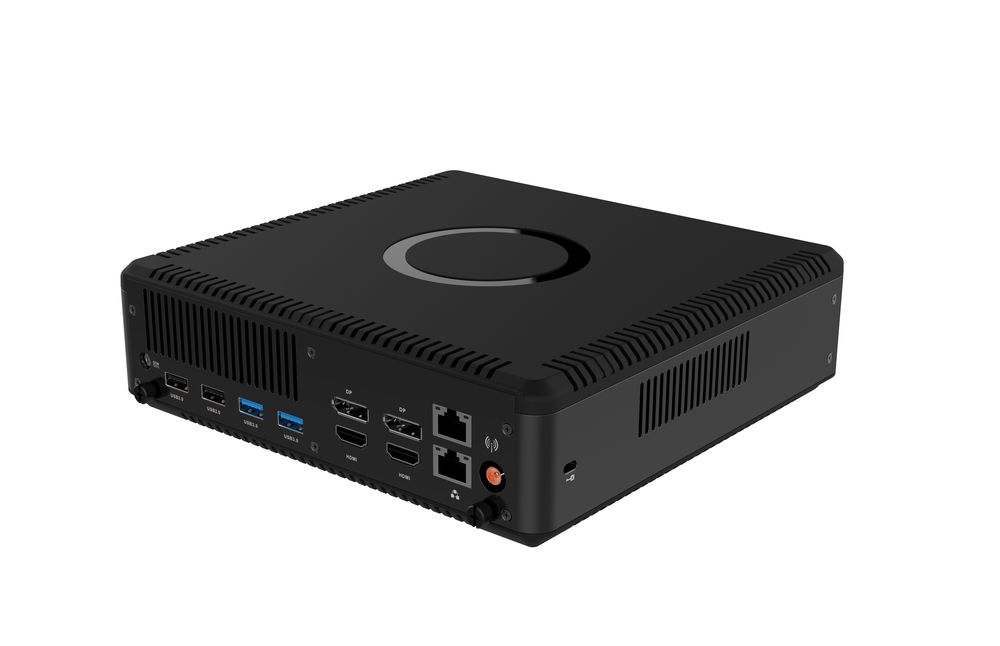 Zotac’s new Magnus EN1070K is a relatively nondescript box packing a huge amount of computing power. In a box the tiniest bit bigger than a Mac Mini, it fits a seventh-gen Intel Core i5 processor, an Nvidia GeForce 1070 graphics card, and as much RAM and SSD space as you can handle. There’s even SD card slot, a USB-C port, two HDMIs, four regular USBs and a pair of Ethernet ports.

In other words, it’s far smaller than your current desktop, but also powerful enough to play any of the latest PC games, do virtually any kind of work, or function as the centerpiece of a kick-ass home media setup.

And then, in the other corner, we have Apple’s Mac Mini, slowly collecting dust as it fades into obscurity. The top-of-the-line model, with an old Core i5 and no discrete graphics, is still sold on Apple’s website for $1,400. Just like the MacBook Air, Apple seems to want to let it slowly become obsolete rather than (god forbid) formally pulling it from sale, or doing the logical thing and giving it a spec bump.

I know that there’s precious little money left in home desktop PCs, and the only reason Zotac continues to work on the tiny PC platform is for VR gaming — which an upgraded Mac Mini won’t really be useful for. But it’s still odd that Apple has left the Mac Mini without an update for years now, and as each product cycle goes around, the company that used to be known for cutting-edge innovation looks more and more lazy.