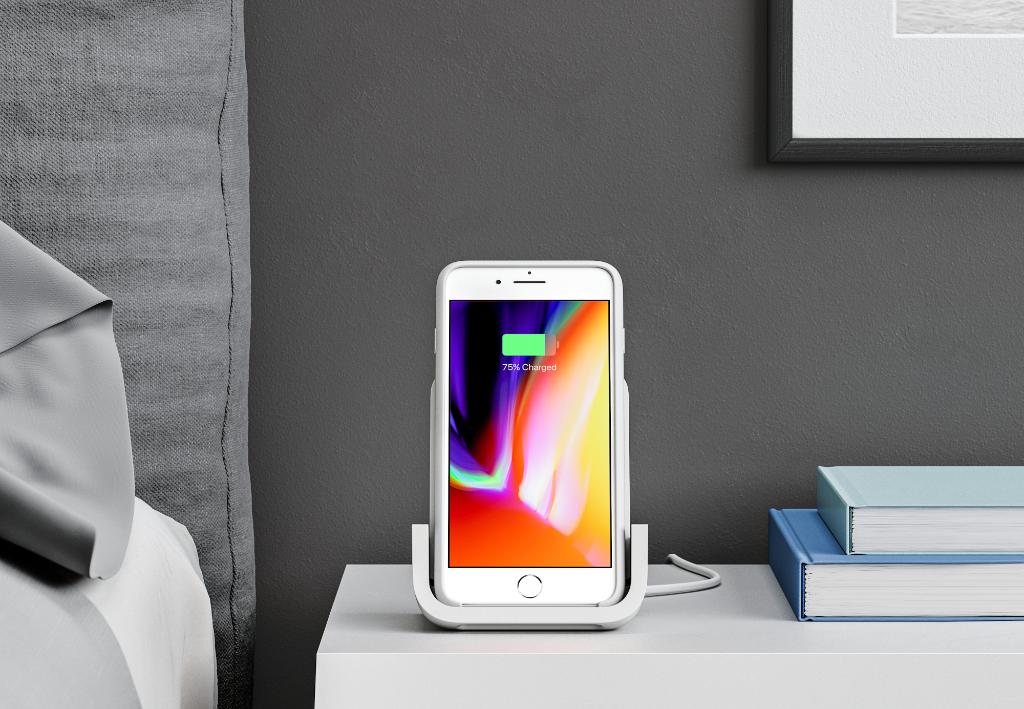 Despite having released multiple phones with support for wireless charging last year, Apple has still yet to release an official wireless charger of its own. The AirPower multi-device charger was announced last year, but as of right now, it still doesn’t even have a release date. Thankfully, accessory makers have picked up the slack and given iPhone X, 8, and 8 Plus owners plenty of options to choose from if they decide to go the wireless route.

Most wireless chargers on the market are small, circular pads that sit on your desk or a bedside table, but on Monday, Logitech unveiling the Powered Wireless Charging Stand, which is its first to hit store shelves. Unlike other wireless chargers, you can actually prop your iPhone up in the Logitech stand, vertically or horizontally.

“Whether charging your iPhone overnight on a nightstand, at your desk in the daytime, or anywhere a charger can sit, [the Powered wireless charger] holds your iPhone in a snug and comfortable position so you can check notifications, read a recipe, FaceTime with friends or watch your favorite shows in either portrait or landscape mode – all while charging your device,” reads the description on Logitech’s blog post from Monday.

Logitech goes on to explain that the rubberized u-shape cradle, apparently designed “in collaboration with Apple,” can support an iPhone with a case up to 3mm thick, and ensures consumers that they won’t have to adjust the phone — just drop it in. The charger delivers up to 7.5W charging for the iPhone X, iPhone 8, and iPhone 8 Plus, but just 5W for other Qi-enabled devices.

Logitech’s Powered Wireless Charging Stand will be available later this month for $69.99.