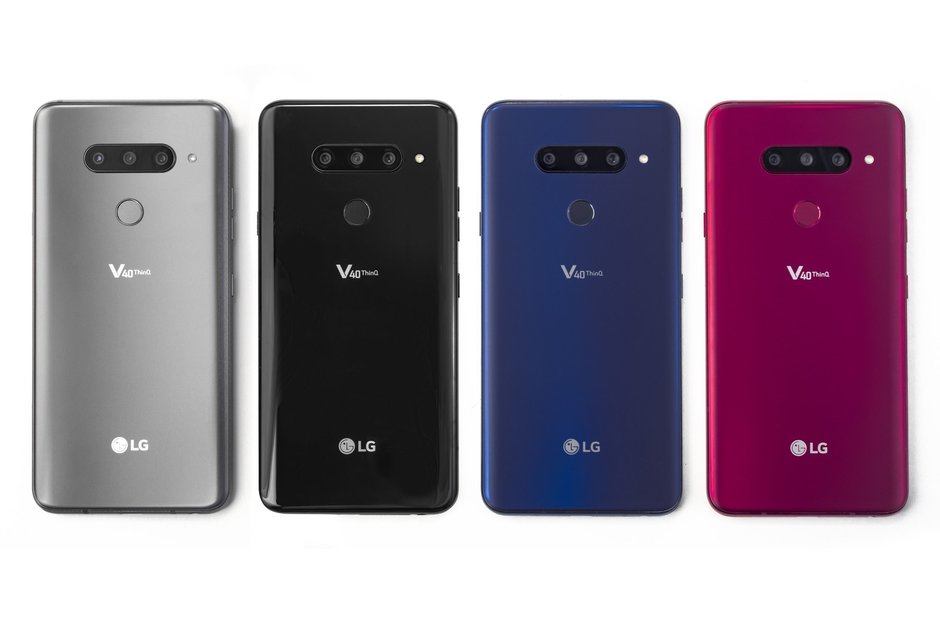 LG has finally taken the wraps off its latest big flagship, the LG V40 ThinQ. The big, expensive Android phone is a direct competitor to the Samsung Galaxy Note 9, and at least at first glance, it has all of the individual ingredients needed to take it on. Up front is a 6.4-inch OLED display with virtually no bezel but a slim notch; underneath, it’s powered by Qualcomm’s best Snapdragon 845 processor and 6GB of RAM.

Those are the exact specs we’d expect to find on any phone costing nearly $1,000, so that’s not really a surprise. What is a surprise, however, is how many cameras LG found necessary to cram into the (admittedly big) body. There’s three cameras on the back, one normal, one with a zoom lens, and a third with a wide-angle lens for capturing landscapes or big groups. Around the front there’s a regular and a wide-angle selfie cam, which means when you add it up, this thing is packing five cameras.

One of the other major differences between flagships right now is the unlock procedure. Rather than going with something over-engineered like the pop-up camera on the Oppo Find X, LG has stuck with a fingerprint sensor which is positioned on the rear, well out of the way of those cameras. In terms of other hardware, everything is as you’d expect: volume buttons, a lock button on one side, and an assistant button on the other. Unlike on Samsung devices, this button is mapped to the Google Assistant, so you don’t have to deal with a proprietary system. There’s also IP68 waterproofing, even those this phone has bucked the trend and kept the 3.5mm headphone jack.

The phone goes on sale October 18th, but pre-orders begin right now. If you place a pre-order rather than waiting for general release, you get a DJI Osmo Mobile 2 gimbal and a 256GB microSD card, which is nothing to sniff at.

Pricing depends on what carrier you get it from: T-Mobile is selling it at a $920 price point, while Verizon is all the way up at $980. AT&T is $950, while Sprint is $960. All four carriers of course offer a variety of finance and lease plans to spread out the cost over a few years, and we’d expect to see some other deals in the works as well.