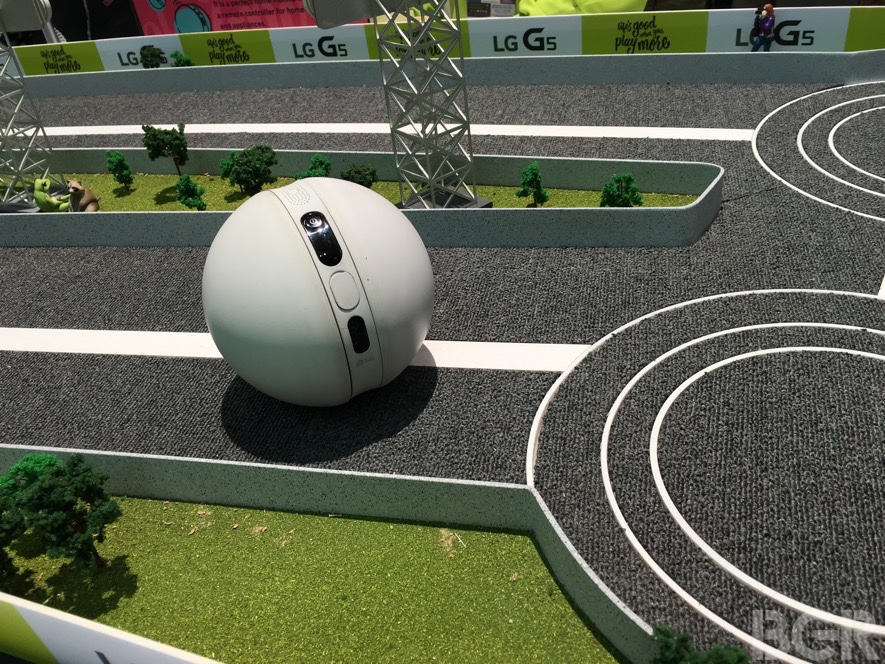 The early rumors about Mobile World Congress claimed that LG was set to launch some sort of a robot capable of rolling around the house, and the company did exactly that this past weekend with the Rolling Bot.

Yes, Star Wars fans, you’re right, this is nowhere near what BB-8 looks like. And it’s not a standalone, autonomous droid, but it’s probably a step in the right direction. After all, it does have a camera module dead in the center that keeps its position regardless on how you drive the bot.

I’ll start off with the fact that I have no idea who this device is made for. It’s clear that it’s supposed to be an LG G5 companion, but do you really need it around the house? Maybe the whole point of the Rolling Bot is to have everyone talking about it, and, in turn, about the new smartphone that’s needed to control it.

Furthermore, we have no price or release date for it, so even if you do want one, you’ll have to wait a while for it to come out.

Finally, it’s not very easy to pilot either. There’s a learning curve because you won’t know whether to watch the screen of the phone, which shows you what the bot sees, or watch the actual robot on the ground to see if it’s actually responding to your commands.

The commands on the screen are pretty standard for a driving game, only you’re driving a robot.

The great thing about this accessory is that it can be used to monitor your home from the distance, as it’s connected to the Internet. Imagine driving it around the house to see if everything is in order. You can use it to keep an eye on your pets, and check to see whether you’ve turned off the lights in the bathroom.

The device packs an 8-megapixel camera that will stream video to your phone, a speaker that lets you talk to anyone at home, and it can even act as a remote control for the other connected devices in your home. It’s also got a laser pointer so you can toy with your cat’s nerves while you’re at work. Its other lighting tricks will also work great at annoying your cats.

This video from Digital Trends shows you what it’s like to drive the bot around.