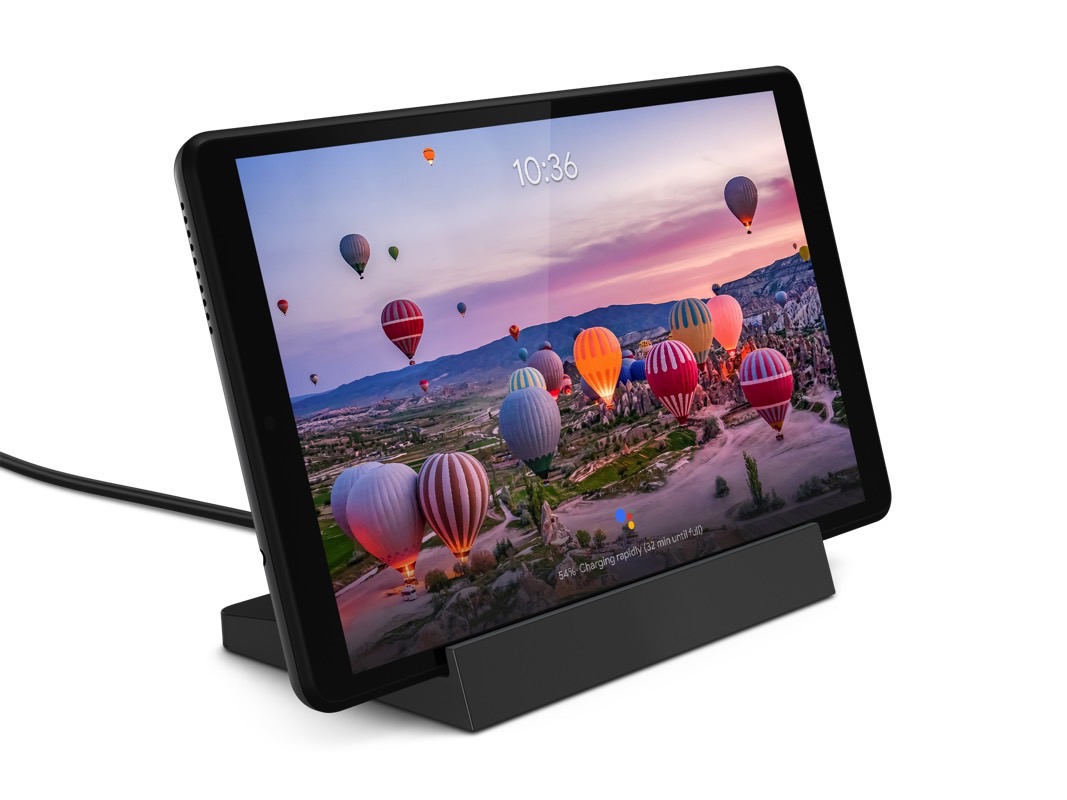 Samsung may be trying to come up with Android tablets that can compete with Apple’s high-end iPad Pro, but that’s not what other tablet vendors are doing. Some of them, like Lenovo, are imagining affordable tablet experiences for the masses that might not be available from other budget-friendly Android tablets. That’s the case with the new Yoga Smart Tab and the Smart Tab M8 tablets. The two devices are great tablets to begin with, but the coolest thing about these new models is what happens when you’re not using them.

Both tablets double as smart home hubs, ready to deliver the same kind of experience you’d expect from the Google Home Hub or Echo Show — smart devices with voice assistants that also show handy information on the screen.

Lenovo learned from feedback and research that tablets are often unused at home, and that’s why it wanted to transform its new models into smart speaker alternatives powered by Google’s Assistant when they’re idle. Of note, you’ll need a Lenovo-made “Smart Charging Station” to convert the Smart Tab M8 into a smart home gadget. The bigger Yoga Smart Tab features its own built-in kickstand that lets you use in it various modes, including support for hanging it in the kitchen — the tablet gets its own dock if you need one.

Thanks to Google’s new Ambient Mode features for the Assistant, the tablets will display useful information on the screen based on what the Assistant knows about you while docked.