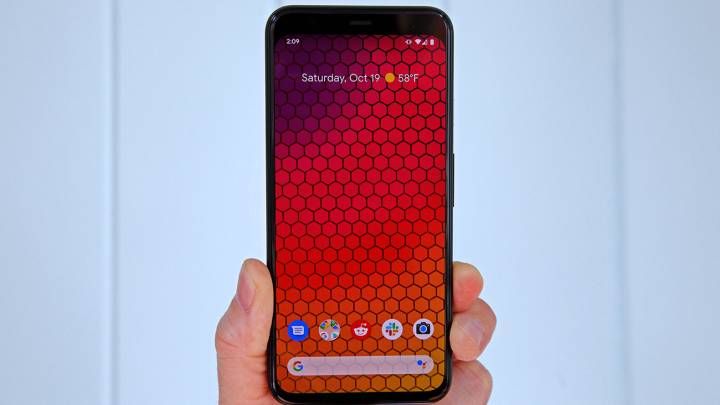 The Pixel 5 specs will be disappointing, several leaks said so far, and there’s nothing to contradict them. Instead of the Snapdragon 865 processor that most Android flagships use this year, Google is going for the more affordable Snapdragon 765G processor. Several leaks mentioned the downgrade, and it’s unlikely they’re all wrong. After all, the Pixel phones have been the worst kept secrets of the industry in recent years, and the Pixel 5 will not be a well-kept secret either. Google may have chosen the 765 platform over the Snapdragon 865 because the former is more affordable. On top of that, the 765 comes with a built-in modem, while the 865 needs a separate modem chip. We’ll never really know Google’s motivation, but the result is clear. The Pixel 5 will be more affordable than its predecessor, but it won’t match the performance of its main rivals. While the specs may be disappointing, a new leak says Google will go for a flagship display experience for the Pixel 5.

Google confirmed earlier this week the Pixel 4a 5G and Pixel 5 would launch this fall. The surprising announcement came via the Pixel 4a press announcement and revealed the Pixel 4a 5G’s price. The phone will retail for $499, Google said. The Pixel 5’s price was not specified, but a previous Google survey suggested Google may be eying $699 as the price point for the next premium Pixel phone.

Display insider Ross Young took to Twitter to say the 5G version of the next Google phone will feature a 6.67-inch display provided by Samsung Display and BOE. He also said that the screen would support a 120Hz refresh rate.

While the leaker did not make a specific mention of any Pixel model, the Pixel 5 would likely support 120Hz. The Pixel 4a 5G can’t possibly achieve the same performance.   Google wouldn’t be the only handset maker upgrading screens to 120Hz this year. Samsung already did it with the Galaxy S20, and some iPhone 12 may also support the technology. Not to mention that the Pixel 4 already features a 90Hz display.

As we already know, displays with higher refresh rates consume more energy. That’s probably the reason why Google toggled the display rate of the Pixel 4 initially, prompting some complaints from fans.

One other reason for concern might be the phone’s price, as 120Hz displays could be more expensive than 90Hz and 60Hz phones. The refresh rate upgrade may be a strange decision for a phone that’s supposed to hit a specific budget. Splurging on the screen might force Google to cut corners elsewhere.

That said, the €399 OnePlus Nord does feature a 90Hz display, and the same Snapdragon 765 processor powers the phone.