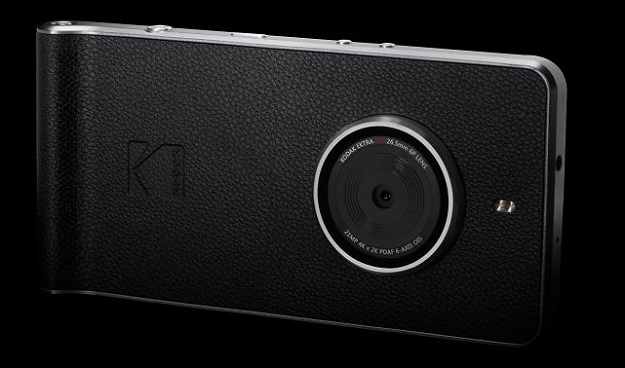 Kodak, a company whose fall from grace can be traced back to the  iPhone ushering in the modern-day smartphone era, has decided to enter the smartphone market. Joining forces with the Bullitt Gruop, Kodak is releasing a new Android-powered smartphone designed specifically for photographers.

Dubbed the Kodak Ektra, Kodak’s new smartphone features a 21 megapixel camera sensor on the back and an impressive 13-megapixel sensor on the front of the device. Geared towards photogrpahy enthusiasts, the Ektra boasts an optical image stabilization feature, an f2.0 aperture, and a number of easy-to-adjust manual modes, including portrait, sports, bokeh, macro and more. As one would expect, users will also be able to manually adjust any number of settings, including ISO, white balance, shutter speed and more.

As far as hardware is concerned, the device itself boasts a Helo X-20 Decacore processor, 3GB of RAM, 32GB of storage, a 5-inch display with Corning Gorilla Glass protection. Software wise, the device is powered by Android Marshmallow comes with Snapseed functionality built in, thereby enabling users to edit their photos on the fly. Additionally, the new Ektra smartphone makes it easy to post photos to social networks and to use Kodak’s own services to have images of your choice delivered straight to your door.

From what we can gather, it appears that the device will be available exclusively in Europe later this year, though it remains to be seen if a North American launch is in the cards later on down the line. You can view images of the device over here at Kodak’s online product gallery.