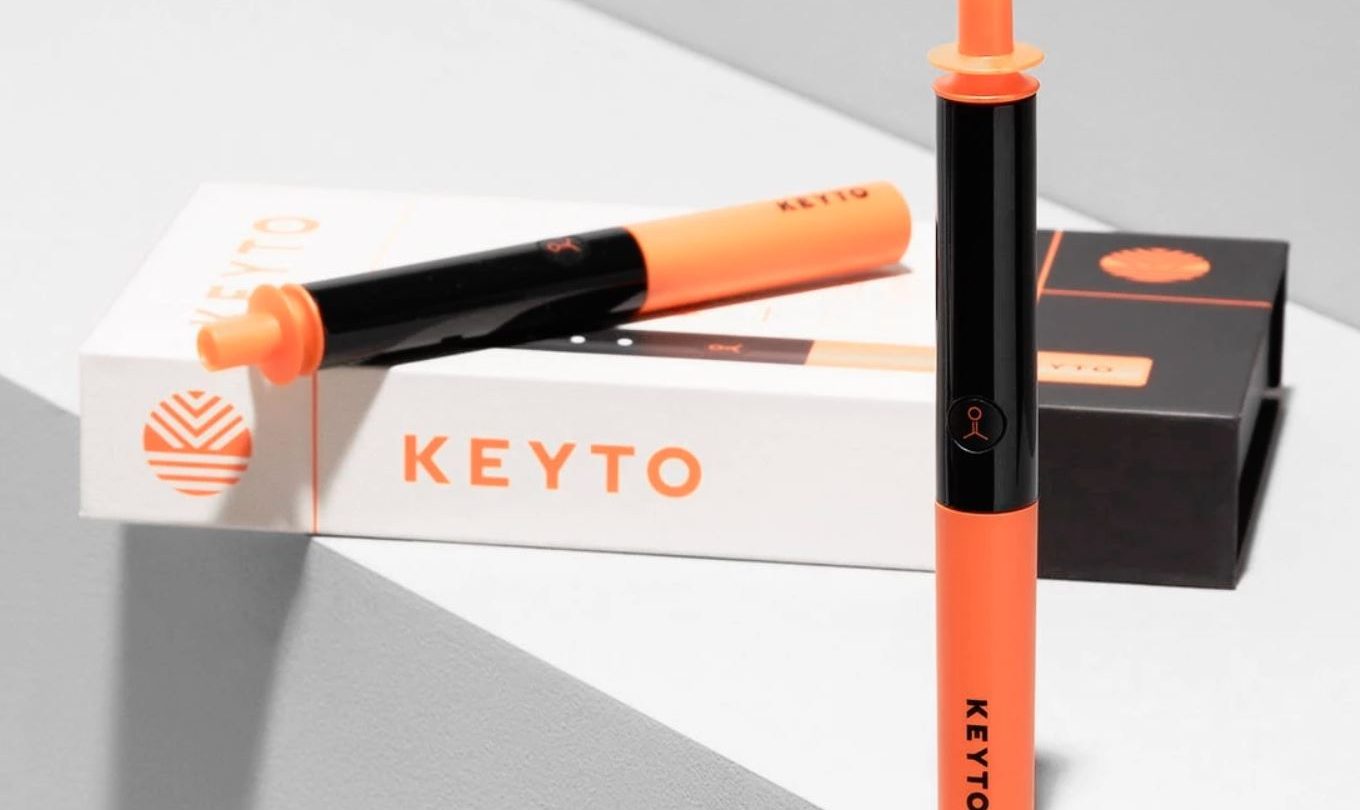 If you’ve searched Google for diet tips in 2019 you’ve almost certainly already heard of the ketogenic diet — or simply “keto.” Keto emphasizes low carb intake which pushes your body into a state called ketosis. Getting into (and staying in) ketosis is key to benefiting from this very specific way of eating, and it’s also the subject of much confusion.

Keyto, a gadget that got its start on Indiegogo and raised nearly $1.2 million in crowdfunding, wants to be the go-to solution for tracking progress on a keto diet, and it has an impressive scientific pedigree backing it up. It just officially launched, and as someone who has followed a ketogenic way of eating for a while now, I was excited to try it out.

The human body will enter a state of ketosis when there is an absence of carbohydrates available. In ketosis, your body turns to fat as its primary energy source, creating ketones, and keto dieters often eat high amounts of fat to stay full in the absence of carb-heavy foods. Doing this can pay off in multiple ways, but most people adopt the keto diet to lose weight.

As an aside, I’m not going to argue for or (obviously) against the keto diet here, but I urge you to look into peer-reviewed research into the effects of ketosis if you’re interested in actually learning about it. Your uncle who saw an interview on a late-night infomercial about how keto is “basically starving yourself” isn’t a reliable source of information, I promise.

When your body transitions into ketosis and begins burning fats for fuel instead of carbohydrates (read: sugar), a few other changes happen. Among them is a change in the level of acetone in your breath, and the Keyto device is designed specifically to track that chemical signature. Keyto actually has a really great explainer of this science on its website, along with the research backing it up.

All you do is start the device, open the Keyto app, let it warm up for a moment, then breath into it like a straw. The app crunches the numbers and translates the reading into a number between 1 and 10. This is your “Keyto score,” and it’s the company’s way of simplifying the sometimes confusing flood of data that comes with diet tracking.

At present, the most popular way of tracking a person’s state of ketosis is a blood test. This is considered to be quite accurate, but test strips are incredibly expensive and pricking your finger isn’t the most pleasant experience in the world. When I tested my Keyto score against my blood test results I found that the two were almost always correlated.

If one was high, the other was also high, and vice versa. I found myself regularly topping out the Keyto score, and those numbers were also reflected in a high level of ketones in my blood test readings. I also had my wife (who does not follow keto) test on both the Keyto device and the blood meter and found her results were also predictable. Put simply, it works.

Keyto’s approach is appealing, and the app and device both work very well even after weeks and weeks of use. The app tracks changes in your Keyto score over time and plots it on a handy chart along with your weight. It’s all very clean and slick, and the fact that the device doesn’t have any consumables (no test strips, no cartridges, etc) besides batteries means that it will likely be cheaper for most people in the long run.

That said, there are some valid criticisms to be considered. Because of the way your body processes carbs, you’re either in ketosis or you’re not. Many longtime keto dieters have shot down the idea that there are levels of ketosis at all, insisting that higher readings (via blood tests or through devices like Keyto) don’t necessarily mean your benefits are greater than someone who just entered ketosis.

There isn’t a lot of research to indicate whether either side of this debate is correct, but the fact remains that if you want to verify that you’re in ketosis — and you don’t want to jab a needle in your finger — Keyto offers an easy way to do so. It has quickly become my preferred way of tracking my state of ketosis, and while its $99 price tag might seem offputting, with ketone blood test strips costing about a dollar per strip, it’s probably already saved me money.

For people already following keto, it’s an easy recommendation. It provides an easy-to-understand data point, and you’ll know if you are or aren’t in ketosis. Is a Keyto score of 9 better than a 7? Maybe, or maybe not, but if shooting for the highest numbers helps you stick with your preferred way of eating, it’s doing its job.