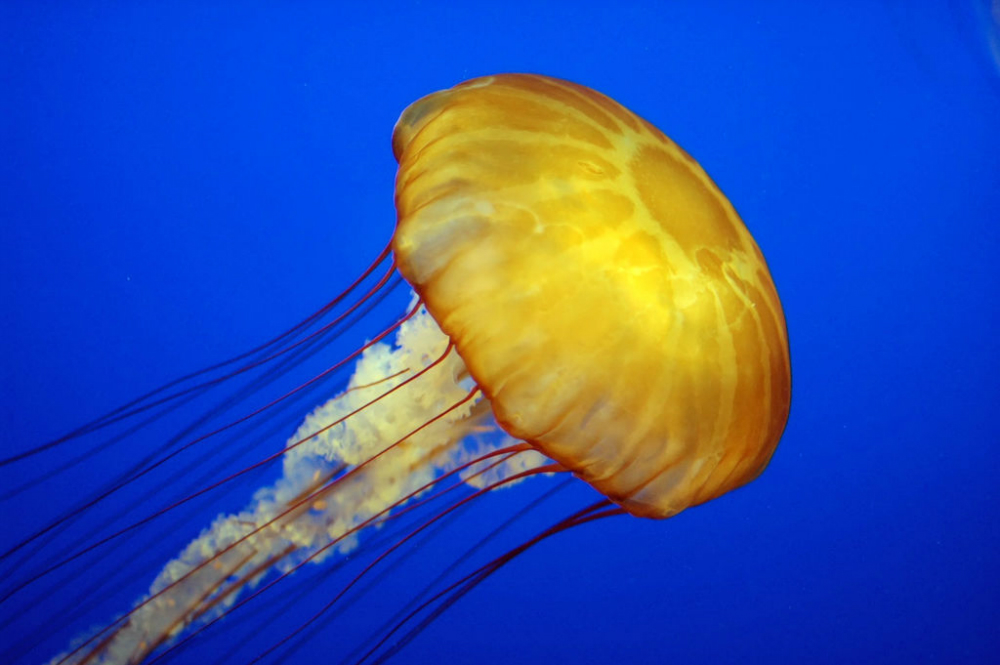 Jellyfish and squids are inspiring creatures of the sea and researchers already created a material that mimics some of the properties of their skins. The material could be used to display hidden messages, such as telling an Apple genius that your iPhone was submerged in liquid for a certain amount of time, regardless of what your version of the story is.

Researchers from the University of Connecticut looked closely at squids and jellyfish trying to figure out how they’re able to change color or texture in response to what’s happening around them. Presenting their results at the 52nd National Meeting & Exposition of the American Chemical Society on Sunday, they said they were able to replicate the properties of skin to encrypt – well, hide away – messages.

The trick element that would expose a message is moisture, which would reveal things that aren’t visible to the naked eye. That’s how, in the example above, a smartphone repair shop could instantly tell whether a device was damaged by water.

As Gizmodo explains, jellyfish skin doesn’t prune like human skin does. Instead, it can change to a wrinkly state and become opaque. When in danger, squids can contract their muscles and expose colored pigments that help them camouflage themselves.

The researchers created a thin film of polyvinyl alcohol on a rubbery base of polydimethylsiloxane. In a wrinkled state, it would be opaque, but as soon as water is added, it becomes transparent and would show a message.

By further refining the way polymers link to each other, researchers could create messages that would self-destruct after reading. The researchers also said that if wrinkles would be generated by moisture, in a smartphone, for example, the procedure could not be reversed. That way, stores could tell whether or not the warranty for a product is valid or not.

Videos showing the material in action follow below, with more details about it available on Phys.org.