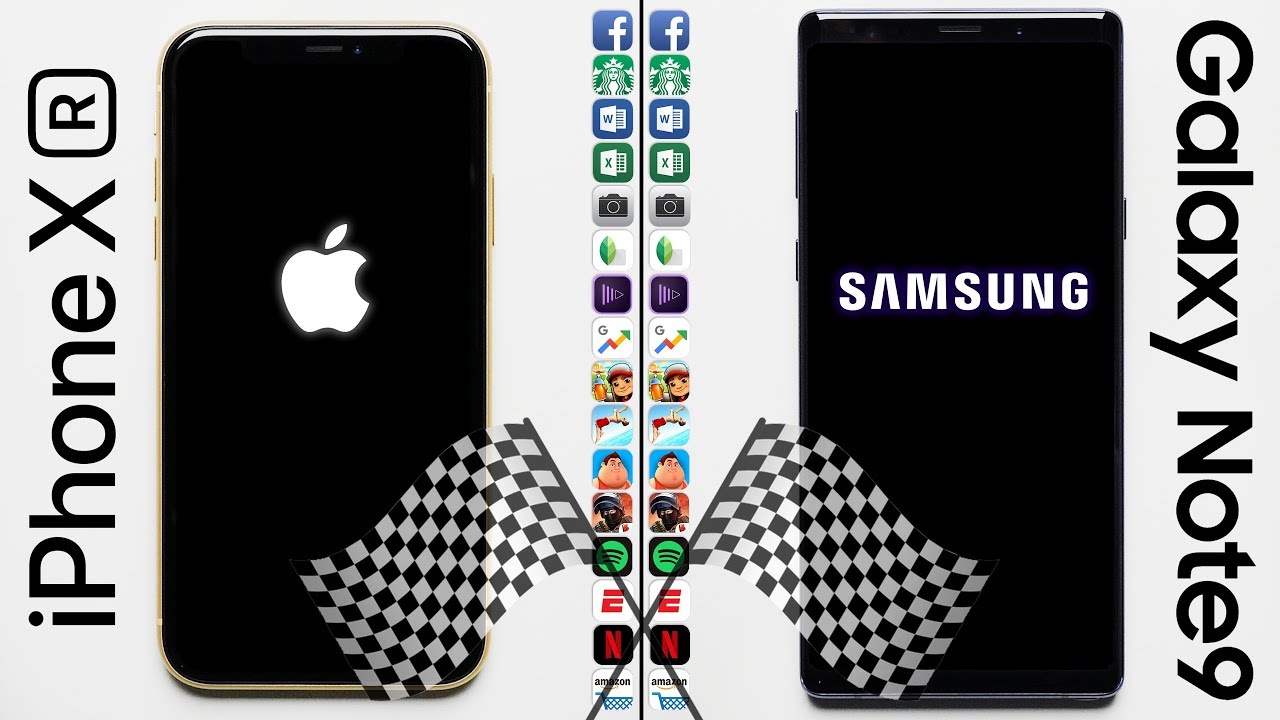 On paper, the iPhone XR shouldn’t put up much of a fight against the Galaxy Note 9 when it comes to speed. After all, Samsung’s latest oversized flagship has 8GB of RAM compared to the iPhone XR’s paltry 3GB, but the internet won’t ever be satisfied with assumptions. Therefore, PhoneBuff on YouTube decided to pit the two 2018 phones against each other in a speed test. But does Apple’s “budget” phone even stand a chance?

As it turns out, the answer is yes: The iPhone XR does hold up, and surprisingly well, against Samsung’s monstrous flagship. In fact, even with less than half the RAM of the Note 9, the iPhone XR managed to race through the first lap of the speed test (which involves opening and operating a series of sixteen apps and games) nearly fifteen seconds faster than Samsung’s phone. After just a few seconds, it became clear the iPhone would win:

But the second round (in which the apps are opened in reverse order to find out which stayed running and which need to be restarted), the Note 9 managed to make up virtually all of the time it lost in the first round and end up in a virtual tie with the XR. The iPhone ended with a time of 2:38.33, while the Note 9 finished at 2:38.48.

This is a rather impressive display from the iPhone XR, which is packing the same A12 Bionic chip as the iPhone XS and iPhone XS Max. Of course, it’s only one metric by which you can compare these two phones, but it should put the minds of cautious customers at ease if they’re worried about the XR’s performance.Finally, it’s worth noting that, after this test, the iPhone XR and Galaxy Note 9 are now tied for third place in PhoneBuff’s rankings.